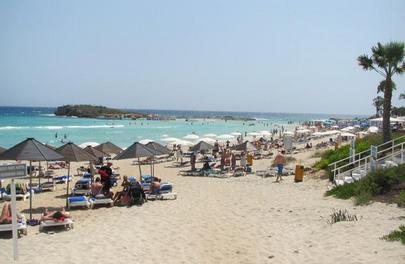 Russia and Cyprus have arranged to remove all restrictions on the number of carriers on all routes that are subject to bilateral agreements. The accord was reached in the course of correspondence between Cyprus’s Civil Aviation Department and the Russian Transport Ministry.

The initiative was proposed by Russia. Cypriot authorities, in response, offered to impose the new regime starting December 8, 2015 and requested that their Russian colleagues consider allowing European carriers based in Cyprus to use the benefit as well. They argued that Cyprus currently has no national carrier, as its flagship airline, Cyprus Airways, suspended service a year ago due to financial insolvency.

The official letter also stated that Nicosia does not object to Rossiya Airlines’ picking up the routes formerly operated by now-defunct Transaero.

Lifting of limitations on the number of designated carriers creates the opportunity to significantly increase capacity on routes to the popular tourist destination, which is particularly important in light of the ban on flights to Egypt and Turkey. In the first three quarters of last year, 2.429 million Russian tourists visited Turkey and another 1.568 million traveled to Egypt, whereas only 358,700 Russians spent their vacations in Cyprus.

In 2014, regular flights to Turkey, Egypt and Cyprus occupied 7th, 11th and 12th places in the list of most popular destinations for air travel from Russia. In the charter segment, the same countries were at 1st, 2nd and 7th place, accordingly.