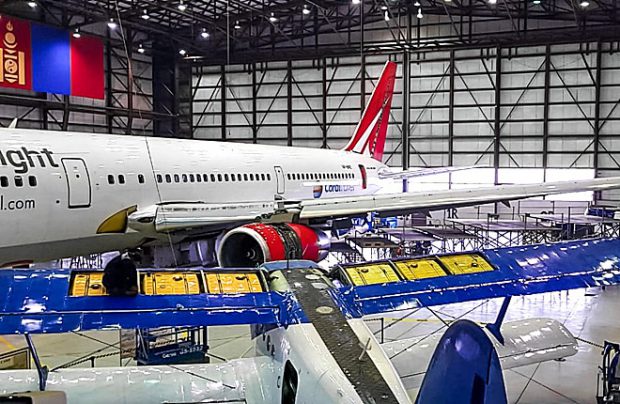 MIAT Technics, the maintenance arm of Mongolia’s state-owned national carrier Mongolian Airlines (MIAT), has added two more Russian customers to its portfolio. In late 2018, the Mongolian company completed a C-check on a Boeing 767 operated by charter leisure carrier Royal Flight and, at the beginning of the year, redelivered a Boeing 737-800 to Yakutia Airlines after a C-check.

Speaking to Russian Aviation Insider on the side-lines of the on-going MRO Russia & CIS 2019 convention, MIAT Technics’ technical director Ayush Tuvd also mentioned that the company has had a positive experience with Russia’s Utair Airlines, and that cooperation has extended to this year as well. Alrosa Airlines, another Russian carrier, called upon MIAT Technics for special assistance with the opening of a line maintenance station at Sanya, China.

MIAT Technics has two maintenance hangars at Ulan-Bator Airport (IATA: ULN) that are capable of handling a wide-body and two narrow-body aircraft simultaneously. The company employs some 150 people and its capacity increased by 20 per cent last year compared to 2017, reaching 120,000 man-hours.

Under its own EASA Part 145 approval, MIAT Technics has commenced maintenance services on the Boeing 737MAX which was recently delivered to its Mongolian Airlines parent.