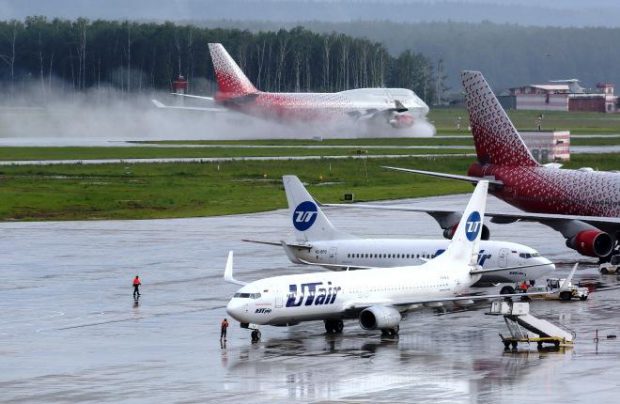 May growth rates turned out to be the lowest since the beginning of this year. By comparison, in January, the growth rate was at 14.2 per cent, in February 10.9 per cent, with March and April enjoying 12 and 12.1 per cent respectively.

S7 Airlines, Russia’s second biggest carrier, experienced the highest May growth among the top five airlines, serving 944,000 passengers (15.3 per cent up on May 2017). However, the carrier’s May growth rate barely matched its January improvement (+15.4 per cent).

Ural Airlines is another large carrier with growth rates at their lowest since the start of the year, having served a total of 735,400 passengers (+9.0 per cent compared to May 2017). As a result, the company has failed to continue with the double-digit, month-by-month growth rates it has enjoyed since the beginning of the year.

Aeroflot, Russia’s national and biggest carrier, served some 2.8 million passengers in the month, the highest among all airlines, but with a growth rate of only 4.6 per cent.

UTair, the smallest carrier in the top echelon, is the only big-five airline to marginally outperform its April numbers in May, serving 582,500 passengers (+3.6 per cent compared to +3.5 per cent in April).

Aeroflot Group member Rossiya – presumably with disappointing results – has declined to publish its figures and is therefore not included in Rosaviatsiya’s operational data. The first four months of the year saw the Aeroflot sister company’s passenger traffic numbers deteriorate, with a four per cent decline in January, a 9.6 per cent fall in February, a 6.8 per cent reduction in March and a minus of 6.5 per cent in April.

In total last year, Russian airlines’ passenger traffic grew by 18.6 per cent, collectively reaching more than 105 million passengers. Aeroflot contributed 32.8 million (13.3 per cent up on 2016) and Rossiya, the second largest airline, saw traffic grow by 37.7 per cent to 11.2 million passengers. However, since the beginning of this year, Rossiya has ceded its second place position to S7 Airlines, with the latter finishing 2017 with 10 million passengers (+4.9 per cent). Ural Airlines and UTair were the other two airlines to swap positions, serving eight million (+23.7 per cent) and 7.3 million (+9.6 per cent) passengers respectively.