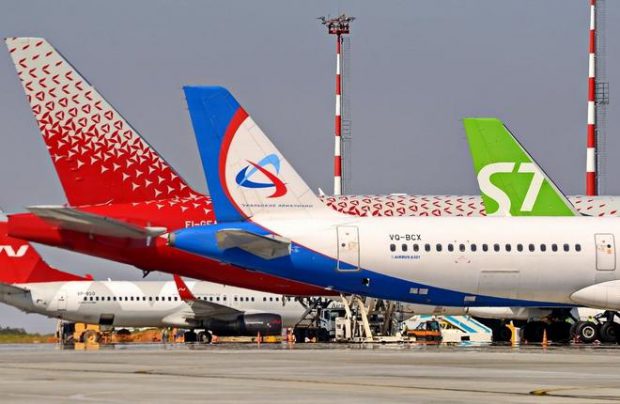 According to preliminary operational performance data published by Russia’s aviation authority Rosaviatsiya for August, the country’s airlines served 9.15 million passengers last month, a 36.6 per cent decline on August 2019. In general, this is a pronounced improvement from the previous months across the industry. Two airlines from the TOP-5 league even managed to demonstrate a noticeable growth of passenger numbers.

Since the bulk of long-haul international services remained under ban due to quarantine restrictions, the RPKs decreased 47.7 per cent year on year to 18.59 billion.

Throughout the period of the last five months plagued by the COVID-19 pandemic crisis, S7 Airlines has led the market. In August the privately owned airline carried 1.6 million passengers, exceeding the August 2019 results by 6.1 per cent. Since the crisis struck, S7 has been outperforming the country’s national carrier and until recently indisputable leader Aeroflot, which served 1.46 million passengers in August. Due to prolonged restrictions on international travel Aeroflot lost 60.4 per cent of its August traffic. Nevertheless, it is still Russia’s second largest airline. Aeroflot Group’s low-cost division Pobeda predictably demonstrated the quickest recovery and even managed to grow the incredible for the current market landscape 17 per cent growth on August 2019, having served 1.2 million passengers ranking third largest in Russia. It is followed by sister carrier Rossiya Airlines, also part of the state-controlled Aeroflot Group. Rossiya saw 32 per cent decline in operational performance year on year, having served 1.03 million passengers. Privately-owned Ural Airlines closes the TOP-5 grouping with 934,000 passengers served in August, down 14.9 per cent year on year.

In total, from January to August Russian airlines served collectively 43.73 million passengers, down 49.3 per cent on the same eight months of last year.