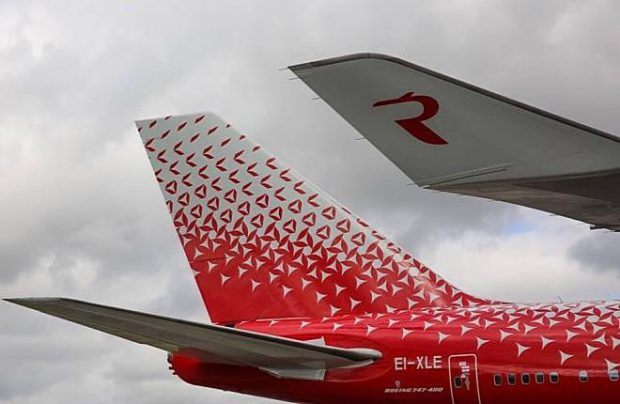 Although traditionally the busiest month of the year for Russia’s FIFA World Cup-galvanised air travel market, the peak month of July has turned out to be the slowest so far in 2018 in terms of year-on-year passenger traffic growth at the country’s carriers.

According to the latest figures from Russian aviation body Rosaviatsiya the airlines carried collectively 12.7 million passengers in July, only 6.3 per cent up on the same month last year. The previous low, 8.7 per cent, was registered in May, whereas in January the growth indicator hit 14.2 per cent.

Among Russia’s top-five passenger airlines, S7 Airlines has experienced record growth rates in the past four months. In July it served 1.3 million passengers, up 20.8 per cent year-on-year. Its record high so far this year, 21.7 per cent, was achieved in April though.

Rossiya Airlines (part of Aeroflot Group), which had been stagnating since the beginning of this year, with its passenger traffic numbers down as much as 9.6 per cent in February, enjoyed a 5.6 per cent year-on-year improvement in July, with 1.5 million passengers served. This performance allowed it to strengthen its position as Russia’s second largest carrier, ahead of S7. The nation’s flag carrier Aeroflot also recorded the highest traffic growth rate since the beginning of the year – up 9.7 per cent to 3.6 million passengers in the month.

Accountable for 1.0 million passengers, fourth placed Ural Airlines’ traffic growth slowed to 6.2 per cent year-on-year and, although data for Utair, the last in the top-five list, was not reported, it had previously enjoyed steady growth in the first five months of the year, followed by two per cent decline in June.

In the first seven months of this year Russian airlines collectively carried 64.2 million passengers, up 10.2 per cent on the same period of 2017. This trend is in line with the performance forecasts expressed by Transport Clearing House (TCH), Russia’s only organisation  authorised to the collection of official airline data, which projected earlier in the year that the commercial aviation industry’s growth would slow down from last year’s 18.6 per cent to approximately 10 per cent. In fact, the growth has been slowing gradually each month, with an uptick in June, due to the football fiesta.