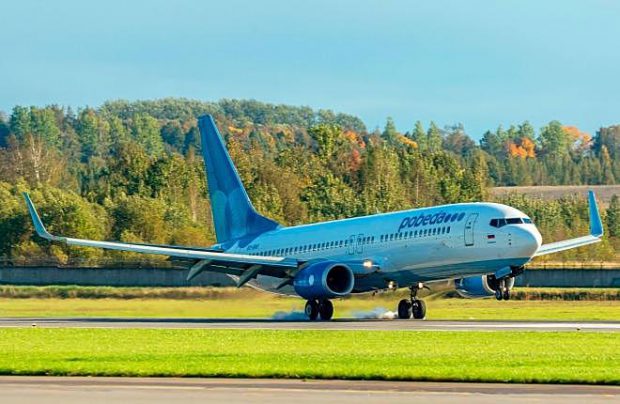 Aeroflot grew at a slow rate of 3.3%, while its subsidiary LCC Pobeda produced a 43.2% improvement (Pobeda)

According to preliminary figures issued by Russia’s aviation authority Rosavitsiya, the country’s airlines collectively served some 12.6 million passengers in June, a 9.5 per cent improvement on the same month of 2018.

As always, flag carrier Aeroflot led the market, with 3.31 million passengers served in the month, but at a notably slower year-on-year growth rate of 3.3 per cent. By contrast, its low-cost subsidiary Pobeda Airlines enjoyed the highest growth rate among Russia’s top-five largest airlines, with its 905,000 total producing a 43.2 per cent improvement on June 2018. Rossiya Airlines, another Aeroflot Group carrier, saw passenger numbers grow by 7.7 per cent to 1.35 million passengers.

The top-five largest airlines league also includes Ural Airlines, which carried 943,000 passengers, a 2.8 per cent year-on-year improvement, albeit at a slowing rate.

The collective RPKs in June 2019 reached 30.65 billion, 11.7 per cent up on the same month of last year, Rosaviatsiya reports. For the first half of the year RPKs reached close to 145 billion.