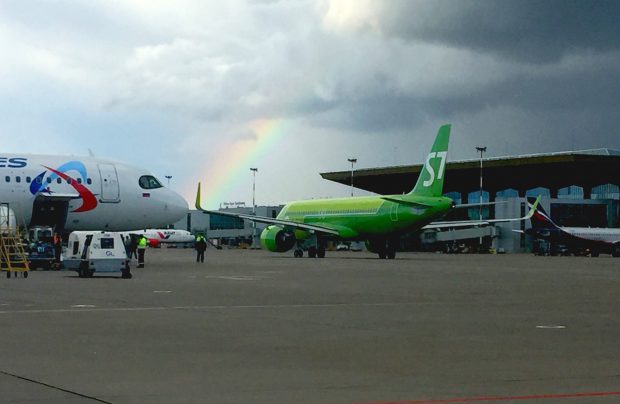 In July 2020 – the fourth consecutive month of the harsh impact of the COVID-19 pandemic induced crisis on Russia’s air travel market – the country’s airlines carried collectively 6.765 million passengers, 52.4 per cent below the July 2019 levels, according to a revised report by Russian aviation authority Rosaviatsiya. Whilst domestic RPKs recovered to 83.8 per cent of the pre-crisis levels, international travel was still completely banned in July, and only started to open up on several select routes in August, overall RPKs suffered a 62.2 per cent decline compared to July 2019, reaching just 13.2 billion. Average seat load factor of 68.1 per cent reduced by 22.5 percentage points compared to July 2019.

In the crisis environment the traffic share of Russia’s five largest airlines increased from 61.9 per cent a year ago to 71.2 per cent. The first 15 airlines in the ranking have served collectively 94.4 per cent of the country’s entire traffic, up from 88.0 per cent in July 2019.

In the TOP-5 list, Aeroflot Group’s low-cost division Pobeda Airlines managed to demonstrate 1.6 per cent growth and thus outperformed its larger sibling Aeroflot, coming second to Russia’s largest privately owned carrier S7 Airlines. The latter has managed to take full advantage of its regional base in Novosibirsk with a wide array of routes across Russia and has led the market for four months in a row.

Another airline, whose favorable geographic position and a fleet of smaller 100-seat regional jets (Russian-made Superjet 100s) has helped it survive the plunge in air travel, was Azimuth Airlines. Its July traffic was almost level with July 2019 at 120,800 passengers.

In the meantime, leisure charter carriers took the hardest blow, and whilst they adopted their strategies to serve domestic market, their losses were greatest. Azur Airlines, one of the most aggressively growing airlines prior to the pandemic, lost 91.8 per cent of its July 2019 traffic, and its rival Royal Flight descended to 27th position in the ranking, having served just 2.6 per cent of July last year.