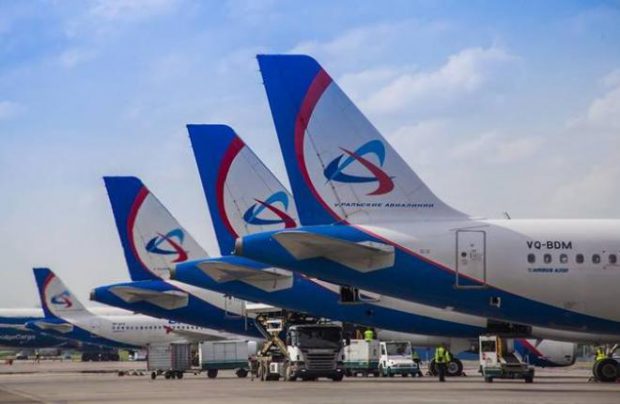 The number of passengers carried by Russian airlines in the first four months of this year increased by 12.4 per cent over the same period in 2017, the latest Federal Air Transport Agency (Rosaviatsiya) official report reveals.

The country’s carriers collectively served 30.5 million passengers in the period. With a 12.4 per cent increase in Q1 and 12.6 per cent for January and February, the average growth rate remains roughly level.

However, compared to the same periods in 2017, the current overall growth rate has declined from 20.8 per cent to the current levels, whilst the seat load factor continued to climb by 1.3 percentage points to 80.7.

Among the country’s five largest operators, Rossiya Airlines continues to be the only carrier with reduced results. Its traffic declined by 6.7 per cent to 2.6 million passengers. The Aeroflot Group’s St Petersburg-based subsidiary has been experiencing a downward trend since the beginning of the year, both in January-February, and during the first quarter.

April has proved a turning point for the country’s cargo carriers, which resumed growth after a period of decline. Their total cargo traffic in April increased 0.6 per cent to 94,900 tonnes. Contrary to the previous trend, the growth came mainly from the international segment, which increased by 2.3 per cent, whereas domestic tonnage continued to slide, 4.1 per cent down on the same month in 2017.

The country’s largest freight carrier AirBridgeCargo (part of the Volga-Dnepr Group), improved its results by 1.7 per cent (180,000 tonnes); Rossiya Airlines, ranked at number five, grew by 0.4 per cent to 9,000 tonnes; but both the Aeroflot and S7 Airlines cargo figures continued to slide compared to April 2017. They transported 66,100 tonnes (down 2.5 per cent) and 10,200 tonnes (down three per cent) respectively. Aeroflot’s low-cost carrier subsidiary Pobeda has not yet disclosed its results, which remains an intrigue, since in the first two months of the year it managed to increase its cargo traffic by a factor of 111 times.

For the period from January to April, overall cargo traffic slowed 0.5 per cent, at a collective 343,900 tonnes. Domestic airfreight grew slightly (1.4 per cent to 85,200 tonnes) whereas the international segment decreased by 1.1 per cent (258,700) mainly due to a steep decline of consignments moving between Russia and the CIS countries (down 23.1 per cent).