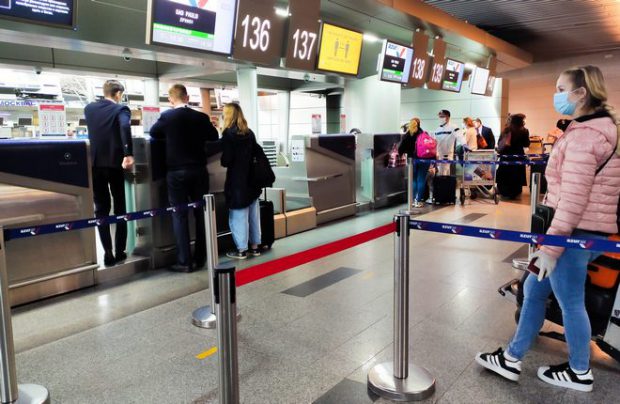 Only 26,000 passengers travelled on international flights in May (Vnukovo airport)

The coronavirus pandemic has had a devastating effect on the passenger traffic of Russian airlines – in May the number of passengers was down 91.3 per cent compared to the same month last year, according to the latest data reported by Russia’s aviation authority Rosaviatsiya. Combined, the country’s carriers served just 949,000 passengers. Of the total number, 923,000 passengers traveled domestically (down 84.5 per cent year-on-year), the remaining 26,000 returned to Russia on repatriation charter flights, which amounts to just five per cent of international traffic in May 2019.

Russia closed its borders and suspended all air connections with other countries on March 27 due to the spread of coronavirus. Transport ministry is now hoping to be able to resume some international air travel in July, after restrictions were somewhat loosened in June to allow Russian to cross borders for work, study, medical treatment or taking care of relatives.

According to some industry sources, Russian government may try to take advantage of the situation to reenergize domestic tourism and will not rush to reopen international travel. Head of Rosaviatsiya Alexander Neradko suggested to lift restrictions off air travel within the CIS first, whilst international routes would be resumed on case by case basis depending on the epidemiological situation.