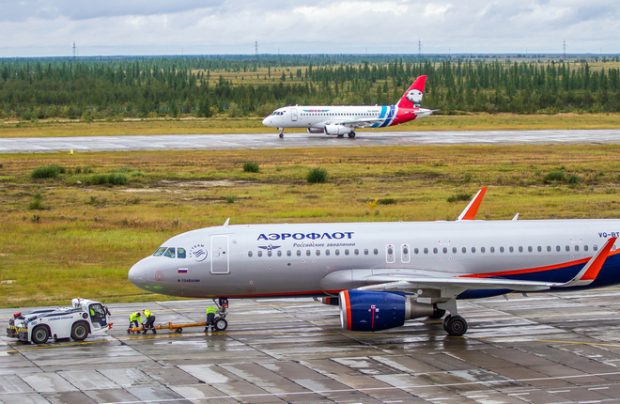 According to preliminary data on operational performance of the Russian airline industry in March, published by the country’s authority Rosaviatsiya, past month Russian airlines served collectively 6.46 million passengers. The figure is roughly level with March 2020 (6.41 million), the month when the first restrictions were imposed to prevent the spread of the coronavirus. The RPKs however are 18 per cent down year on year, to 13.17 billion, reflecting the ongoing hurdles of international air travel.

When compared to the ‘normal’, pre-crisis 2019 level, March 2021 traffic in Russia is 27.6 per cent below. All further figures will be compared to this ‘norm’.

Privately-run S7 Airlines continues to lead the market – it served 1.32 million passengers, up three per cent on March 2019. Flag carrier Aeroflot is close behind with 1.23 million passengers, which is 59 per cent below pre-crisis level. Its notable decline is due to the largely non-existent international market, which is the main focus of Aeroflot as a full-service provider. Also, in line with the new strategy adopted just prior to the crisis, part of the fleet along with some routes was shifted from the flag carrier to its sister airlines Pobeda and Rossiya.

Country’s only low-cost carrier Pobeda demonstrated healthy 35 per cent growth on March 2019. It carried 982,300 passengers in the month. Big Five’s another privately-owned carrier, Ural Airlines is also recovering well, with traffic level just 10 per cent below the ‘norm’, at 594,700 passengers. Rossiya Airlines, which closes the TOP-5 ranking of Russia’s largest airlines, served 553,900 passengers, down 22 per cent on March 2019.

In the first three months of 2021 (January through March) Russian airlines carried 16.97 million passengers (–31.4 per cent compared to first quarter of 2019).