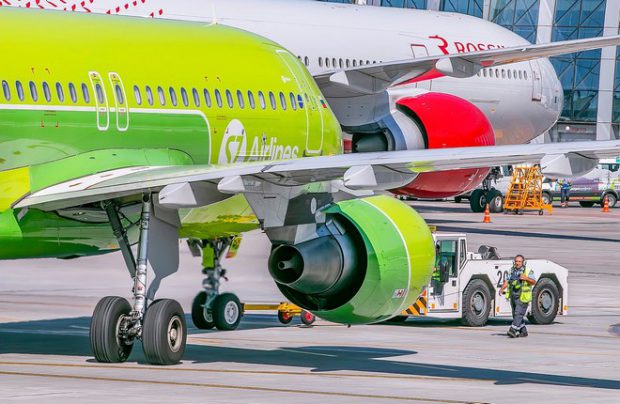 According to the preliminary report by Russia’s Federal Air Transport Agency (Rosaviatsiya), in June 2020 the combined passenger traffic served by the country’s airlines reduced by 77.5 per cent compared to the same period last year. In the first summer month, and the first month of gradual uplifting of travel restrictions due to COVID-19 pandemic, Russian airlines carried collectively 2.84 million passengers. RPKs shrank 82.4 per cent to 5,45 billion.

Privately-owned S7 Airlines served 678,000 passengers, down 49 per cent year-on-year. The airline has been leading the market for the last three months, outperforming the nation’s flag carrier Aeroflot.

State-run Aeroflot served just 523,000 passengers in June. It suffered a major decline of 84 per cent compared to June 2019, as international travel remains under a ban, whilst Aeroflot’s domestic route network is centralized and limited to flights operated in/out of Moscow. By contrast, Aeroflot Group’s low-cost division Pobeda Airlines lost 52 per cent of its traffic, having served 439,000 passengers.

The last in the TOP-5 grouping, Aeroflot’s subsidiary Rossiya Airlines carried 199,000 passengers, down 85 per cent from June 2019.

Traditionally one of the strongest players on the Russian market, Yekaterinburg-based, Moscow-focused Ural Airlines suffered 82 per cent traffic decline, to 170,000 passengers.

According to the preliminary data, in the first six months of 2020 Russian airlines served collectively 27.8 million passengers, down 52 per cent from the first half of 2019.