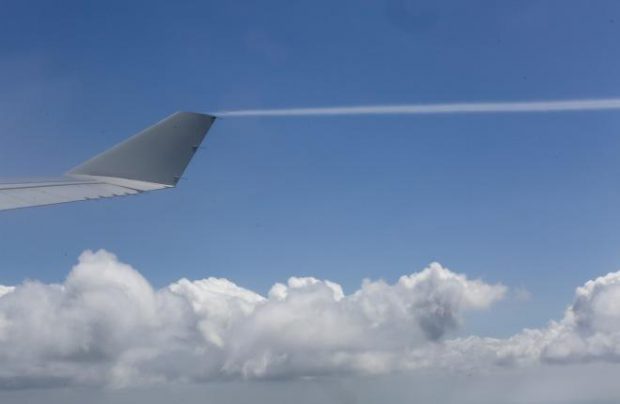 The numbers of passengers travelling on Russian airlines is expected to grow twice as quickly on international flights compared with domestic traffic this year, reveals Tatiana Merkulova, vice-president and commercial director of Transport Clearing House (TCH), Russia’s only organisation dedicated to the collection of official airline data.

According to the clearing house’s latest forecast, airlines will transport some 48.5 million passengers on international flights, 14.1 per cent more than in 2017, boosted in part by football fans attending the 2018 FIFA World Cup which kicks off next week in Russia. At the same time, domestic traffic will increase by seven per cent to 67 million passengers.

In total, Russian airlines are expected to serve 115.5 million passengers in 2018, 10 per cent more than last year. The TCH forecast is in line with the predictions of Vladimir Tasun, president of the Russian Association of Air Transport Operators, who has previously stated that traffic growth rates of local carriers will not be as intensive as in 2017 because the Russian commercial aviation industry has almost exhausted the potential for that. In the January-April period of this year the passenger numbers of Russian carriers increased by 12.4 per cent year-on-year.

TCH – the only organisation in Russia that officially collects airline statistics data – has also provided some further analysis on 2017’s activities. Last year, passenger traffic growth reached an impressive 18.6 per cent, the major part of which was provided by international services (up 31.1 per cent) whilst domestic flights registered a 10.9 per cent increase.

Seat occupancy in 2017 was 2.1 per cent up, reaching 83.2 per cent, with a 1.2 per cent rise and a 2.5 per cent improvement on domestic and international flights respectively. Along with the traditional upturn regarding local holiday destinations such as those to Sochi, Mineralnye Vody and Krasnodar, the surge in passenger traffic was also stimulated by increased business activity to and from non-leisure destinations. At the same time, the domestic segment benefited from government subsidies.

Air traffic to the Crimea will decrease further, experts say, after the May 2018 opening of the car- and rail-accessible Kerch Strait Bridge, which conveniently connects the Russian mainland with the Crimean peninsula.

As for foreign excursions, the most popular services were Moscow-Antalya (Turkey), with a specific share of 4.8 per cent of the overall international segment (+5.2 per cent over 2016); Moscow-Yerevan (Armenia), with a share of 2.8 per cent (+7.2 per cent); and Moscow-Larnaca (Cyprus), with a growth rate of 11 per cent and a 2.3 per cent share. Among those routes demonstrating enhanced popularity is Moscow-Dubai (the UAE) with a remarkable 83 per cent surge. The most popular international destinations also include Barcelona (Spain), Prague (Czech Republic) and London (England).

In an important development for the market, last year saw a 2.2 per cent decline in the combined passenger numbers of Russia’s top five airlines whilst, in contrast, other key operators (positions six through 15 on the list) improved their market share by one per cent. Overall, 35 Russian air carriers (out of 110 commercial operators registered in the country) covered 99.3 per cent of the overall passenger market.

In its analysis, TCH’s Merkulova believes that it is important to compare the data of domestic, long-range air services with that of trunk line railway operations … “as they target approximately the same customer segment and deal with a similar price range,” she points out. The statistics in the 2000-2017 period swung significantly in favour of air travel. In the early 2000s, the inter-city rail service accounted for 68.5 per cent of the specific passenger turnover, while by 2017 it was air transport that held a 74 per cent share of the business.

Such a state of affairs can clearly be attributed to the burgeoning development of regional air services in Russia.

Despite all improvements, the passengers-per-inhabitant (transport mobility) ratio in Russia still comprised a modest 0.72 in 2017, which is almost thrice as low as that of Europe.