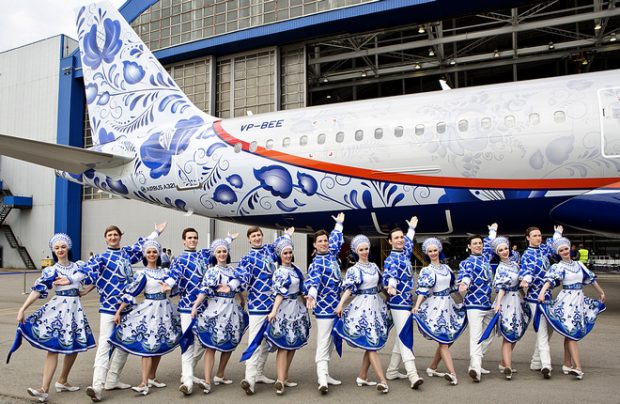 With some 95 per cent of all Russia’s airlines’ fleet currently consisting of western-built commercial aircraft registered in foreign jurisdictions, the Russian government is intensifying its efforts to encourage airlines to list imported aircraft on the Russian register.

With the passing of a new bill, these aircraft will receive a perpetual right to be zero-rated for VAT and, more importantly for the carriers, there is also a clause that allows for existing aircraft registered in foreign jurisdictions to remain VAT exempt on a temporary basis until 2023.

Experts consider this new approach to be reasonable given that a 20 per cent VAT rate levied on imported aircraft would substantially alter the economics of renewing the fleets of Russian airlines. A tax of 20 per cent would increase the cost of fleet renewal, a situation that would simply force the majority of carriers to abandon their acquisition plans. “Today, a significant part of Russian airlines’ fleets is foreign-made, and these aircraft are registered abroad. We intend to fix this situation,” insists prime minister Dmitry Medvedev, explaining the logic of the government’s actions.

Since 2010, Russia has adopted a regime of temporary importation of foreign aircraft, under which all such aircraft operated in Russia are not subject to VAT. That regime is valid only until 2020 but, in April, the Ministry of Industry and Trade and the Ministry of Transport suggested that it would be inexpedient to extend the temporary regime, a move that raised immediate concerns among carriers.

For several years Russia’s Federal Air Transport Agency (Rosaviatsia) has been trying to persuade the nation’s carriers to re-register their aircraft locally. The agency is unhappy that it has no control over the quality of aircraft maintenance, since it is the country of registration that is responsible for monitoring airworthiness compliance. In addition, Russian airlines’ lease payment revenues – estimated at about US$3 billion a year – pass through foreign jurisdictions. According to Rosaviatsia, some 95 per cent of commercial aircraft operated in Russia are registered in Bermuda, Ireland and in other foreign jurisdictions.

Many foreign lessors refuse to place their aircraft on the Russian register believing that airworthiness standards in the Russian Federation differ from those in international regimes and consequently, at the end of a contract, it is almost impossible to re-market such aircraft to non-Russian operators.

As a temporary measure, the latest government bill has also ratified a similar zero-rate VAT status for those aircraft registered in countries with which Russia has signed international treaties. In particular, Russia has an agreement with Bermuda, where a significant part of the fleet currently operating in the Russian Federation is registered. This rule is valid until January 1, 2023. As before, on a temporary basis, airlines will be able to import aircraft without paying VAT.

In further moves, the Russian government’s attempts at stimulating the development of the nation’s aircraft industry has extended to re-setting to zero the VAT rate levied on foreign aircraft engines and other components intended for new Russian aircraft. These amendments will primarily affect the SSJ100 aircraft series that is being produced today in Russia (75 per cent of its components are currently foreign), and the advanced MC-21 airliner programme. This move may also reduce the catalogue prices of these Russian aircraft.