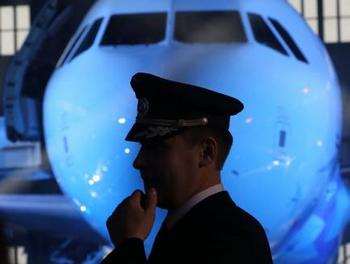 Russian airlines have failed to take up all of the 2016 quotas for the employment of foreign pilots: only 77 applications out of the 200 permitted have been sumitted, the Federal Air Transport Agency (Rosaviatsiya) reports.

Aeroflot was cleared to hire 50 pilots; AirBridgeCargo (a subsidiary of the cargo operator Volga-Dnepr), 16; NordWind and Scol, five each; Chukotavia, one. The remaining 123 vacant positions will be carried over to the next year in line with the current regulations.

The quota was taken up completely in 2014, with Aerofot hiring 80 captains, most of them from Germany. The right to recruit foreign crew was also used by Transaero, UTair Aviation, VIM Airlines, Yakutia Airlines, and three regional operators.

The practise was adopted in 2013, solicited by Russian operators and lobbied heavily by Aeroflot. The regulation, which was supposed to help Russia’s civil aviation overcome the threat of pilot shortages, will remain valid for another three years. However, this year’s staffing requirements at Russian carriers have gone down owing to the plummeting traffic.