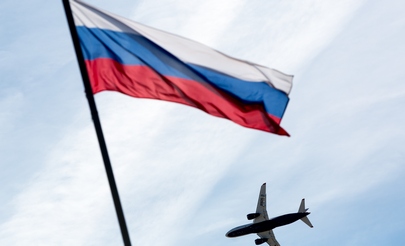 Traffic growth continued throughout 2014, stopped in January 2015, and gave way to a decline in February. The 2015 summer season was marginally better, but was followed by a nosedive in October, which continued through November. The December figures have not been published yet.

The share of domestic traffic grew to 55-60% in 2015 (against 49.7% in 2014 and 46.4% in 2013), Sokolov Said, explaining the trend by the aftermath of the Russian economic slowdown, the weakening national currency, and the annexation of Crimea, a preferred holiday destination for many Russians.

Commenting on the 2015 results in the commercial air transport sector, Sokolov noted that his ministry supported carriers’ calls for waiving VAT on domestic air fares. In the spring of 2015, the tax was reduced from 18% to 10%. Sokolov believes that abolishing the tax altogether will help prevent situations like the recent collapse of Russia’s second largest ailrine Transaero.