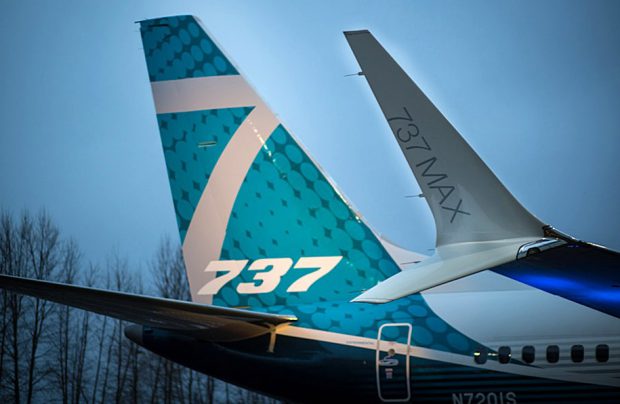 Russia’s Yakutia Airlines has revealed plans to upgrade its fleet with the latest generation Boeing 737MAXs. The airline is considering the 172-seat B737MAX-7 model, which offers the least capacity of the re-engined family in exchange for the longest range.

A Yakutia spokesperson has told Russian Aviation Insider’s sister publication ATO.ru that the plan is to arrange for the operational lease of 10 such aircraft between 2020 and 2021 – within the framework of an investment project launched jointly with the government of Sakha Republic, the owner of the airline. The project requires a US$60 million investment fund, hence the existing stakeholders are willing to put up to 49 per cent of their shares for sale to a potential investor.

Yakutia today operates an eclectic fleet, which includes five 170-seat Boeing 737-800s, an equal number of Russian-made Sukhoi Superjet 100 regional jets which seat between 95 and 103 passengers, three 50-seat Bombardier Q300 turboprops and six similar capacity but aging Antonov An-24 turboprops. It also has a Boeing 757 freighter. The previous generation aircraft suffer from the burden of higher operating costs, rendering the airline extremely sensitive to increasing fuel prices. Their maintenance is also becoming more expensive and the airline expects that a more uniform fleet will help it save on overhead costs whilst also improving its competitiveness.

According to the new fleet strategy, which should come in effect after 2022, the Boeing 737MAX-7 will provide the core of the medium-haul fleet, and its extended range capability, when compared to the B737-800, will help Yakutia reach out to new markets. Both the Bombardier Q300 and SSJ100 types will be used on regional routes.

The Yakutsk-based airline of the capital city of the Sakha Republic – a region notable as a major source of diamonds – has a history of courting investors, dating back to late 2014 when it announced it was ready to offer half of the company to a strategic investor from the Asia-Pacific region. Chinese partners appeared particularly promising, and Yakutia explored two ways for an investor to participate in its registered capital: by arranging the delivery of five Boeing 737-800s, or by providing funds for the purchase of the aircraft.

Olga Fyodorova, Yakutia’s general director, reasoned that owning aircraft instead of leasing them creates a tangible asset which could then subsequently be used as collateral for loans, thus enabling Yakutia to move away from its state guarantee restrictions. In fact, strategic negotiations with potential Chinese and Japanese investors were underway, but were suspended when the Russian commercial air travel market was shaken first by the demise of Transaero, the second-largest operator in late 2015, followed by the closure of VIM Airlines, a smaller but nevertheless significant market player in 2017. “Currently, the Chinese and Japanese investors are closely monitoring the Russian airline industry and the response of the Russian authorities to the unfolding situation,” Fyodorova reveals.

In the first half of this year Yakutia Airlines saw its traffic decline slightly – it carried 363,900 passengers, down 2.7 per cent from the same period last year. Nonetheless, the airline is optimistic that it will restore its level flight and reach the pre-crisis levels of net profits.

“This will come as the result of a four-year effort in boosting efficiency, changing the fleet and restructuring our lease payments,” the head of the airline concludes.

In the meantime, Yakutia is expecting the delivery of one more Boeing 737-800 before the end of this year.