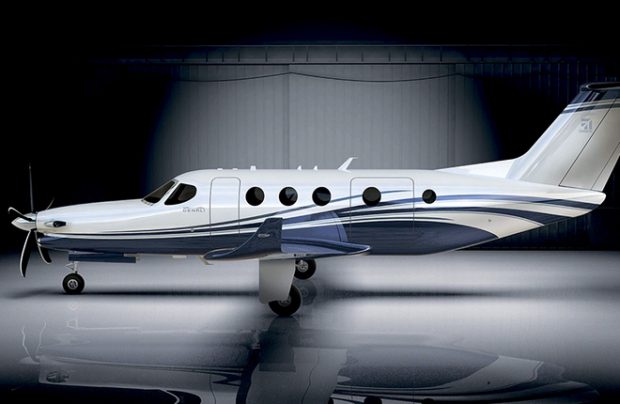 Jet Transfer, the official representative of Cessna Aircraft in Russia and Kazakhstan, has been accepting orders for the new Cessna Denali single-engine turboprop model.

The Denali is intended as an answer to the Daher-Socata TBM and Pilatus PC-12 business turboprops. Its development was announced two years ago. Jet Transfer CEO Alexander Evdokimov says deliveries are slated to begin in the first half of 2020.

He adds that a great amount of interest in the model has been observed in Russia: “The main driver of this growth is the Denali’s greater economic efficiency at a similar cost compared to its competitors.”

Jet Transfer expects to have secured several orders for the aircraft by the time deliveries begin. Private customers have demonstrated particular interest. According to the company’s conservative estimate, which takes the relative instability of the Russian market into account, private individuals in the country will be purchasing a total of up to five Denalis per year.

Orders can also be expected from small airlines and industrial enterprises, which could use the type to form a fleet of business aircraft for corporate transportation or other air operations.

A maintenance system for the aircraft will be set up in Russia. It will likely be run by Jet Transfer’s partner company Flight Center, which is based in Voskresensk, Moscow Region.

The Cessna Denali is being designed from scratch. The project reached the static testing phase in May 2017, the same time as the fuel system and propeller tests were announced.

The aircraft will be equipped with the new-generation 1,240-liter GE Aviation Advance Turboprop engine, whose development began around the same time as the aircraft program was launched. The powerplant will come with a 266.7-cm five-bladed carbon propeller by McCauley Propeller Systems.

The airplane is designed to carry eight to 11 passengers, and will have a range of 2,963 km with four passengers on board. Its maximum cruising airspeed will be 519 km/h.