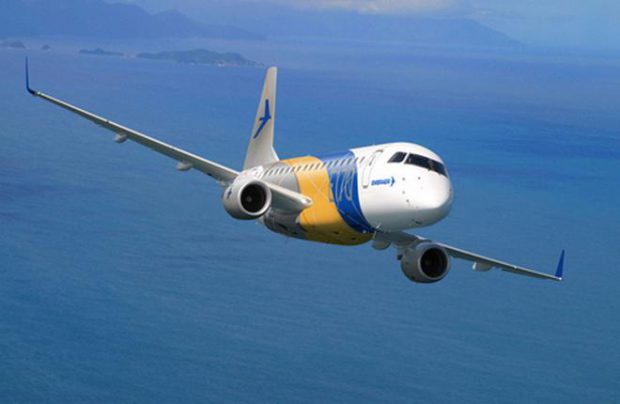 “Today, we see in Russia more than 400 aircraft in the category from 30 to 130 seats with an average age exceeding 20 years, which are natural candidates for replacement in the coming years. I’m confident that very soon we will see the E170 or the E175 flying in the Russian skies,” commented John Slattery, President and CEO of Embraer Commercial Aviation.

E170 can carry up to 80 passengers while E175 has a capacity of 88 seats. Both models are the direct competitors of Russia’s major commercial program – Sukhoi Superjet 100.

Embraer has no orders for these models from Russia so far. But Russia’s second largest airline group S7 has earlier shown the interest to purchase up to 20 aircraft of the type. Another Russian carrier that discussed the purchase of E175 was Komiaviatrans. This regional airline now operates smaller ERJ145LR jets.

John Slattery also reminded that Russia’s Saratov Airlines is currently flying the E195s. This model, along with the E190, was certified here earlier.

In general, the Brazilian OEM forecasts demand for new jets in 70 to 130 seat segment in Europe and the CIS countries to reach 1,540 aircraft over the next two decades. The OEM does not specify, how many E-Jets it is planning to sell in the post-Soviet territory, but mentions that it already has customers in Russia, Moldova, Kazakhstan, Azerbaijan, Belarus and Ukraine.

The manufacturer sees the key opportunity in the region in “the level of deregulation”, noting that the intra-CIS traffic flows are still mainly concentrated around the national capitals and major financial and industrial centers.

The major opportunity for Embraer lies in replacement of the ageing regional fleet and development connectivity between countries.

“The ageing profile of the current CIS fleet in service suggests a need to renew. Some models need urgent replacement, particularly those aircraft with smaller seating capacity. The average age of jets with up to 130 seats is now over 16 years,” Embraer’s forecast reads.

With the lifting of customs duties for aircraft with the seating capacity between 50 and 110 passengers until 2023, and growth opportunities in low and mid-density markets, the replacement of up to 130-seat jets now has strong incentives, the OEM concludes.