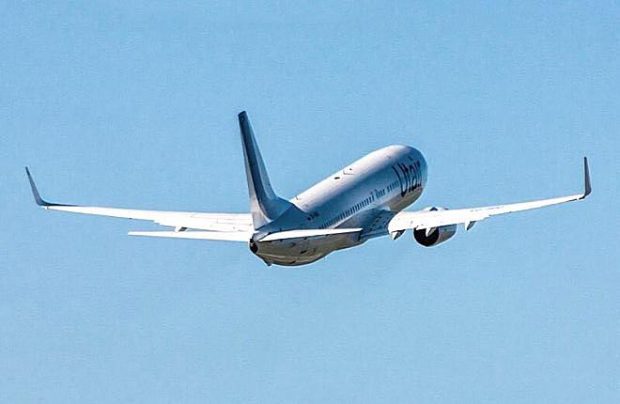 In a changed strategy, all of Utair’s new arrival aircraft are being taken on operating leases (Utair)

“The actual plan calls for the service entry of five aircraft [in 2019], starting from next April – three Boeing 737MAX-8s and two Boeing 737-800s,” he reveals, adding that the new B737MAX aircraft will feature a two-class configuration, with eight seats in business class and 177 in economy. The B737NGs will come from the pre-owned market, but will be “young units”.

In line with its fleet renewal strategy covering the period of 2019 to 2025, Utair, which is headquartered at Surgut, West Siberia, and which operates an extensive network out of Moscow, expects to take deliveries at a rate of five aircraft a year. All the newly arriving jets will be taken on operating leases, which is in sharp contrast to the airline’s previous strategy under which it was forming its fleet by buying aircraft on financial leases. Out of the 66 aircraft Utair currently operates, 65 were acquired via this financial leasing method.

At the same time, the airline, majority owned by Russian oil-and-gas giant Surgutneftegaz, is gradually phasing out its owned and ageing Boeing 737-500s, as the maintenance costs of such 24-28 years old aircraft are becoming increasingly difficult to justify. Utair currently has 32 of the type in its fleet, Permyakov confirms, and has recently put five of them up for sale. The airline has received several inquiries for these aircraft, which are each being sold without their engines and APUs, for US$1.5 million per unit. Some of the older aircraft may be cannibalised as spare parts donors for their younger siblings.

Meanwhile, another new experience for Utair – the operation of Russian-made Sukhoi Superjet 100 (SSJ100) regional jets, which were wet-leased from Irkutsk-based IrAero Airlines earlier this year – is proving quite successful, the spokesman affirms, with this contract likely to be extended for another year. “Superjet offers certain competitive advantages, which reveal themselves primarily on very short routes. So, taking into account that we have quite a number of these short routes in our network, we see that the deployment of this type is commercially viable,” Permyakov comments.

In terms of the airline’s financial perspective, due primarily to a combination of spikes in fuel costs, the weakening ruble and pilots’ pay increases, Utair projects it will end up in the red this year, with losses amounting to several hundred million rubles. The burden of higher fuel costs alone will have exceeded the company’s projections by as much as seven billion rubles this year. However, this negative outlook remains “within the financial model and within the limits,” Permyakov assures. The airline posted a net loss of 3.8 billion rubles for the first six months of 2018, 1.7 times more than for the same period of last year.

In the first half of this year, Utair improved its seat load factor by a significant 6.2 percentage points to 77.7 per cent. Another advancement came from an increasing share of direct sales via its corporate website and mobile applications, which have now reached 42 per cent.

According to statistics issued by official Russian aviation body Rosaviatsiya, Utair’s traffic enjoyed a steady climb at the beginning of this year, before it slumped into a dive, down two per cent in June and, reportedly, also in July. But the spokesman for the airline points out that the Rosaviatsiya statistics do not include the numbers of passengers carried on some 20 daily flights operated by IrAero on behalf of Utair on its four SSJ100s. Therefore Utair remains optimistic that it will exceed the eight million passengers threshold this year, up 10 per cent on the 7.297 million of 2017, and will continue growing at the projected rate of eight per cent in the succeeding years.