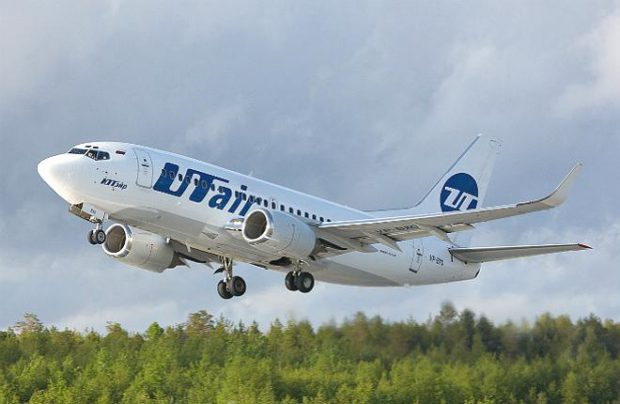 The airline was advised by the transport minister to avoid the strategy of price damping by lowering fares, and to limit its traffic growth ambitions (Utair)

Although Utair Airlines, Russia’s sixth largest carrier, showed some improvement in its financial performance during the first half of 2019, the nation’s transport ministry is continuing to recommend that the financially troubled airline concentrates on achieving stability by limiting its traffic growth ambitions.

At the end of the first half of this year, Utair’s yields increased by two per cent over the same period of 2018, reaching 25.7 billion roubles, whilst its operating loss dropped by more than 30 per cent to 1.8 billion roubles and its net loss shrank by 34 per cent, the airline reveals.

Improved efficiencies and optimised ground handling processes helped the airline drive up its average daily flight time from 7.8 to 8.6 hours per aircraft.

In 2018 Utair posted a net loss of almost 22 billion roubles and, by the end of the year, owed 59.9 billion roubles to the banks and this year it technically defaulted twice on making loan repayments. The airline has recently announced plans to cover its debts through the sales of its non-core assets. Also, all of its operational revenues raised in the high season will be preserved as a liquidity cushion.

At a recent meeting chaired by vice-prime minister Maksim Akimov, transport minister Evgeny Ditrikh controversially advised the airline to avoid the strategy of price damping by lowering fares, and to limit its traffic growth ambitions. Utair was recommended not to exceed a 2.5 per cent growth rate in the first months of 2019 to eliminate the possibility of financial insolvency similar to that of Transaero Airlines, which bloated its ticket sales immediately prior to declaring bankruptcy in 2015.

According to Pavel Parmyakov, president of Utair-Passenger Airlines, the carrier wants instead to build an “economically healthy model under its restructuring effort, and does not intend to expand its capacities, seeing how there’s already an excess of seating capacities in the market.”

It is business as usual for the airline, which is “negotiating with the syndicate of banks and plans to complete the restructuring before the end of the year,” Permyakov assured.

Utair is a prominent player in the Russian air transport market, and currently ranks sixth among the country’s passenger airlines by passenger numbers. In the first six months of this year it served 3.7 million passengers, 2.3 per cent more than last year. Utair also improved its seat load factor by 2.4 to 80.1 per cent.