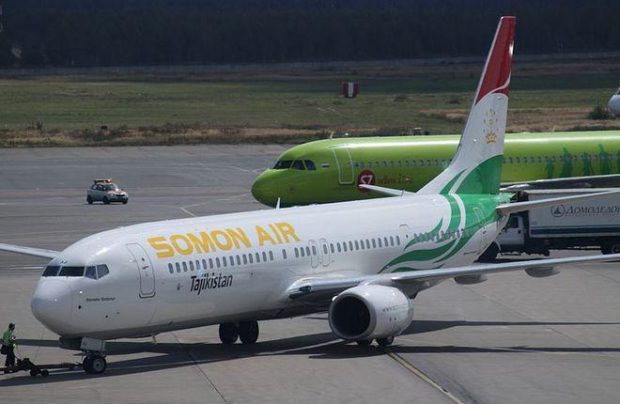 Four new routes between Russia and Tajikistan have been added in the summer schedule (Aeroprints.com / Wikimedia)

In a row of negotiations, aviation  authorities of Russia and Tajikistan have cleared all earlier misunderstandings. All flights operated by designated carriers from both sides in the winter season have remained in schedule, and four additional routes have been approved for the summer season. The new routes are Perm – Dushanbe, Zhukovsky – Kulyab, Chelyabinsk – Khudjant and Krasnodar – Khudjant, Russia’s Transport Ministry reports. The sides have also reached consensus on further development of air connection between the two countries.

These negotiations have put an end to a number of mutual claims. Earlier Russia expressed concern that Tajikistan’s authorities had denied approval for several routes, including Perm – Dushanbe to Ural Airlines, without official notice and in breach of international agreements. In turn, Tajikistan complained about lack of equality in air connections between the countries. As an example, flights to Russia from Kulyab and Kurgan-Tyub were operated by Russian airlines only (Ural Airlines, S7 Airlines, and now non-existent VIM Airlines). The Tajik authorities also insisted on additional coordination for flights to Zhukovsky, near Moscow, as a new destination.

The official delegations have emphasized that the passenger traffic between Russia and Tajikistan is growing. In 2017 it increased 14% year on year.