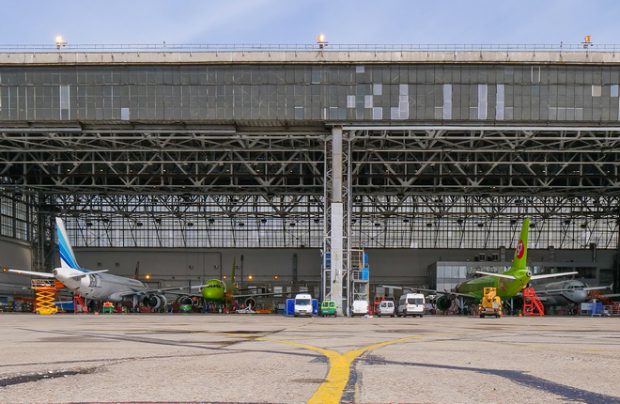 Russia’s largest independent maintenance, repair and overhaul (MRO) services provider S7 Technics (S7T) demostrated an increase in workload across all its bases last year as the demand for aircraft maintenance in Russia and the CIS grew substantially. The company’s technical specialists completed some 2.153 million standard hours in 2018, a 7.7 per cent year-on-year improvement.

The MRO performed 83 heavy maintenance checks in the period, 32 of which (almost 40 per cent) accounted for base maintenance work and re-deliveries, each project representing a significantly large amount of work. The growing demand for heavy checks and re-deliveries at S7 Technics’ bases reflects the entire region’s aviation market trend and reflects the recent peak of aircraft deliveries to Russia, the largest increase since 2008, the MRO specialist explains. Demand continues to show signs of growth for 2019, with two currently on-going lease-return projects for major global lessors that are due to be completed later this year.

During 2018, three S7 Technics’ bases – at Domodedovo (Moscow), Mineralnye Vody and Tolmachevo (Novosibirsk) airports – collectively provided 28,600 component repairs, a 27 per cent improvement, whilst performing 97,600 standard hours of work, up by 34 per cent.

At the same time, many new opportunities have emerged for students attending the S7 Technics Aviation Training Center, especially as the main achievement for the Training Center team has been mastering the CFM LEAP-1B-powered Boeing 737 MAX, a new aircraft type for Russian civil aviation.

Given the expansion of activities, the ground footprint of the Training Center facilities increased last year, and the number of its specialists rose to 16. Also last year, the center, which has its own EASA Part 147 certificate, underwent regular scheduled inspections and audits carried out by the European aviation authorities.

Meanwhile, S7T is continuing to introduce lean production tools into its work activities. In order to reduce the time required for carrying out line maintenance, the Kit Car project was implemented at Moscow’s Domodedovo Airport, whereby several vehicles have been converted into mobile warehouses that then expeditiously deliver relevant spare parts, consumables, tools and equipment to aircraft parking places.

Among the main tasks expected of S7 Technics for the current year are completion of the AMOS system implementation, expansion of cooperation with leasing companies and further improvement of customer services, the company says.