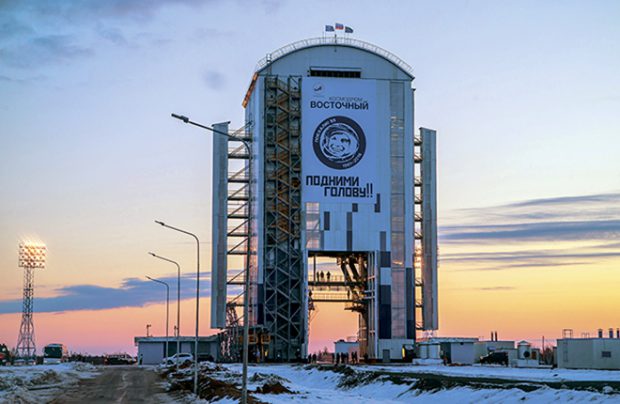 On 27 June, Russia’s Samara-based Progress Rocket Space Center hosted a meeting of the Council of Chief Designers to discuss the industry’s progress with preparing Vostochny Cosmodrome for launches in 2017.

The meeting was attended by representatives of Roscosmos Corporation, the country’s leading research institutes and production enterprises, who confirmed Vostochny’s readiness for the two launches planned for Q4 2017.

Dmitry Baranov, deputy general designer and chief designer for launch vehicles at Progress, reported on the company’s work to build Soyuz-2 rockets for the launches. The first launch vehicle is expected to be shipped to Vostochny in late August, to be followed by the second one in late October. Representatives of VNIIEM Corporation reported on the status of the Kanopus-V 3 and 4 and Meteor M 1 and 2 spacecraft to be launched from the cosmodrome.

Progress General Director Alexander Kirilin stressed that the enterprises represented at the meeting play a key part in turning Vostochny into an active space center.

Construction of the new cosmodrome was ordered by the presidential decree of November 6, 2007. The space center is located in Amur Region, on the site previously used by the Soviet Strategic Missile Troops and later, in 1997-2006, by the Defense Ministry’s Svobodny testing cosmodrome.

Vostochny’s administration is located in the town of Tsiolkovsky (formerly known as Uglegorsk). The cosmodrome is expected to become Russia’s first national civil space center supporting access to orbits of all inclinations and altitudes and also to launches to the Moon and planets, including as part of manned programs (at present, Russia can only launch manned missions from Baikonur, which it is leasing from Kazakhstan).

The new cosmodrome will be used for launches of manned and unmanned spacecraft and interplanetary missions.