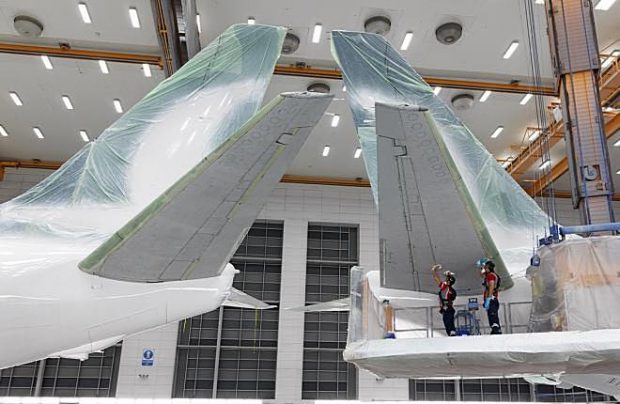 Russia’s Nordwind Airlines, which is part of the Turkey-backed Pegas Touristik group, has contracted Turkish Technic to paint its entire wide-body fleet, the maintenance services provider has announced on its Twitter account.

New paint schemes are required for all of Nordwind’s Boeing 777 and Airbus A330 airliners, the carrier has confirmed to Russian Aviation Insider.

The contract illustrates how many Russian operators of wide-body aircraft have to resort to providers located outside the country for painting services, as the number of local specialists is not sufficient to satisfy demand. The only facility in Russia large enough to handle a wide-body – Ulyanovsk-based Spectr-Avia – specialises primarily on Russian-built airliners and military transport aircraft.

Nordwind Airlines launched a re-branding effort last year to support its migration from being a specialist leisure charter carrier to that of a legacy airline. From August this year, Nordwind’s 10-strong wide-body fleet consisted of eight Boeing 777s and two Airbus A330s, of which only two have thus far received their new liveries from Turkish Technic this spring. Other aircraft still feature the old colour scheme, or no livery at all.

The majority of the carrier’s wide-body aircraft joined the fleet this year as part of a joint fleet expansion strategy Nordwind shares with sister airline Pegas Fly (Ikar), which is also part of Pegas Touristik. The target is to bring the collective fleet to 50 aircraft before the end of this year. Nordwind is expecting the delivery of its 11th wide-body before the year-end, reportedly an Airbus A330 previously operated by Vietnam Airlines. With this aircraft factored in, the painting contract with Turkish Technic may cover nine aircraft.

Nordwind has a history of cooperation with Turkish Technic. Earlier this year, the Turkish company painted Nordwind’s Boeing 737-800s and has also been entrusted with gear replacement work for the airline’s Boeing 777s. Previously this year Turkish Technic provided heavy maintenance checks on two Airbus A330s operated by Nordwind, whilst also acting as a components supplier.

Turkish Technic has several other customers in Russia and the CIS, including Azur Air, Yakutiya Airlines, Turkmenistan Airlines and Ukraine International Airlines.