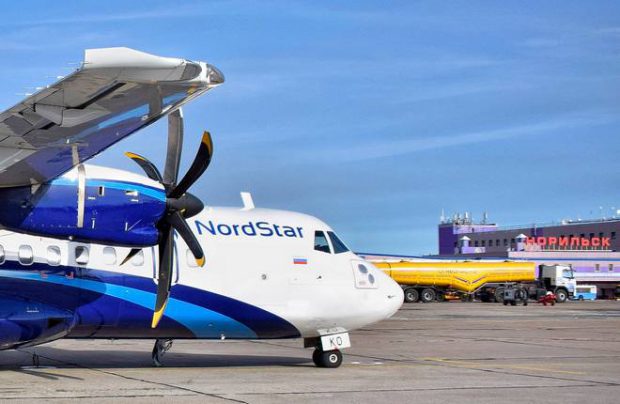 Regional carrier NordStar Airlines, the 100 per cent subsidiary of the Russian mining and smelting corporation MMC Norilsk Nickel, has launched line maintenance stations at its base airports at Krasnoyarsk and Norilsk.

The primary task of the initiative is to provide in-house maintenance services for NordStar’s own fleet, thereby eliminating the need for outsourced maintenance. As a result, the airline expects to improve its dispatch reliability figures and the technical condition of its fleet. But, in consideration of the anticipated growth of traffic expected through Kransoyarsk airport, NordStar is hopeful that its maintenance service offering will be attractive to other airlines, including Russian and international carriers.

Having launched its first flight exactly 10 years ago in June 2009, NordStar is one of four commercial airlines in Russia that is owned by a major industrial business, being part of the giant Norilsk Nickel Group. It carries in excess of one million passengers per year (1.444 million in 2018) and ranks 15th in the list of Russian airlines. In the first four months of 2019 it served 339,500 passengers, down 4.8 per cent year-on-year.

By gaining the IATA Operational Safety Audit (IOSA) in 2017, the airline proved its compliance with international flight safety standards. The airline operates a fleet of Boeing 737-800 narrow-bodies and ATR 42-500 turboprops across a network of more than 50 domestic and international routes served mainly from Moscow’s Domodedovo airport and from Yemelyanovo in Krasnoyarsk.

With the airline one of the region’s early customers for the Boeing 737МАХ-8 aircraft on lease from the US Aviation Capital Group, NordStar had expected to take delivery of the first unit in April, with the remaining two to follow in June 2019. This was before the worldwide grounding of the B737MAX models in March, following the tragic crashes of two newly delivered aircraft.