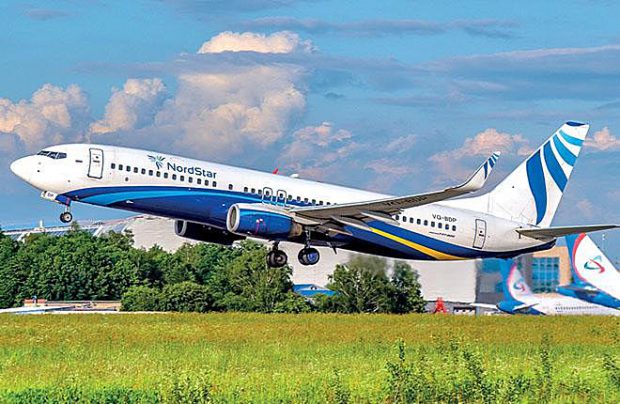 The first of the newest narrow-bodies – offering two-class configurations – are scheduled for delivery in April, with the remaining two to follow in June 2019. The acquisitions are part of a fleet renewal plan and are intended as replacements for three Boeing 737-800s built in 1998 and 1999. The older aircraft offer seating capacity for 172 passengers – 10 in business and 162 in economy classes.

The latest agreement means NordStar is poised to be amongst the first operators of the new narrow-body type in Russia and the CIS region, following on from launch operator Kazakhstan’s SCAT Airlines, which took delivery of its first 737MAX-8 in March, and Russia’s S7 Airlines, which added a 737MAX-8, the country’s first, to its fleet on October 13.

NordStar Airlines is Russia’s 15th carrier by passenger traffic volume. Between January and August of this year it carried one million passengers, enjoying a slight increase over the same period of last year.

The airline’s original objective was to provide reliable and affordable air connections between Russia’s largest cities and industrial sites in the Norilsk area (an industrial city located above the Arctic Circle). Since 2011 the carrier has seen its primary mission as offering services between the Krasnoyarsk region and major cities in Russia, as well as providing connections to and from remote locations in Siberia. It flies to more than 40 domestic and international destinations from its base airports at Moscow’s Domodedovo and Yemelyanovo in Krasnoyarsk. In 2017 NordStar’s passenger numbers reached 1.481 million.