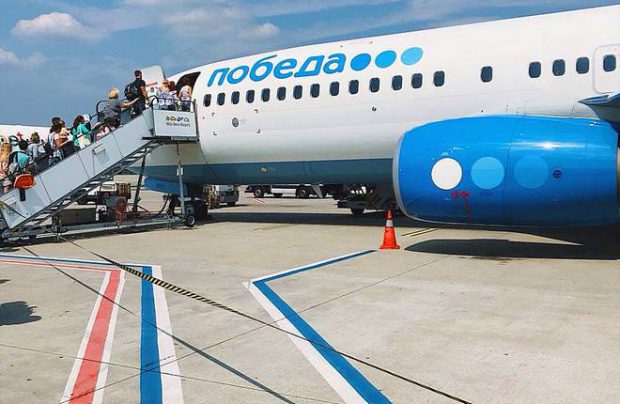 Pobeda Airlines, Russia’s only low-cost carrier, and which is part of Aeroflot Group, has placed an order for 20 Boeing 737MAX aircraft for a total value of up to US$1.5 billion. The new aircraft are expected to enter service between 2019 and 2022. Japan’s SMBC Aviation Capital is financing 15 and the remaining five will be delivered via the USA’s GE Capital Aviation Services.

The contract with SMBC Aviation Capital covers the basic version, the 178-seat Boeing 737MAX-8, for the amount of up to $1.125 billion, with a year 2020 option to convert seven of the -8s to the Boeing MАХ 200, a larger variant of the MAX-8 which is capable of carrying up to 200 passengers. The delivery schedule stretches between November 2019 and November 2021, with the leasing period not to exceed 10 years.

American GE Capital Aviation Services has committed to delivering up to five of the aircraft between January and July 2020 for a leasing period of nine years.

The maintenance deposits within the first contract should not exceed $250,000 per aircraft (VAT excluded), and $270,000 in the second contract, provided monthly flight times do not exceed 380 hours per aircraft. According to Boeing, last year Pobeda was the world leader in B737 daily utilisation, with up to 16 flight-hours per aircraft.

Pobeda Airlines’ plan to acquire up to 30 re-engined Boeing 737MAXs was first revealed in July of this year, when it announced a tender for consulting services to assist in coordinating the transaction.

The fast-growing low-cost carrier currently operates a mono fleet of 22 Boeing 737-800 narrow-bodies and is adding two more aircraft of the type before the end of this year.

In the meantime, the first Boeing 737MAX-8 has already entered service with S7 Airlines, Russia’s launch operator of the type and the country’s second largest airline group. At least two more local airlines – Utair and Ural Airlines – are anticipating deliveries of the aircraft they have on order.

Pobeda Airlines launched operations in 2014 and at present boasts the Russian scheduled air service industry’s record seat load factor of 97 per cent. In 2018 it projects its traffic will reach seven million passengers, exceeding last year’s results by 35 per cent.