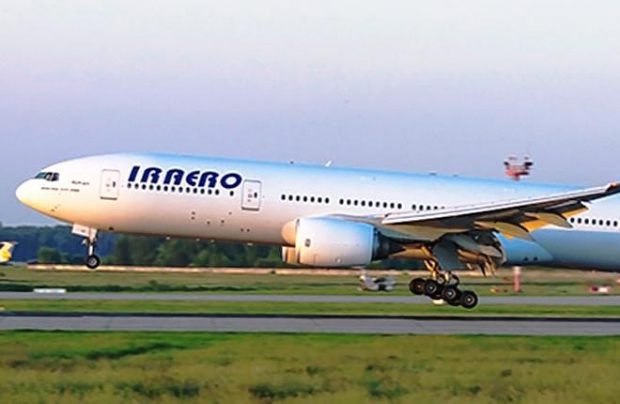 Russian regional carrier IrAero has officially announced the launch of services to China utilising the three Boeing 777-200 wide-body aircraft it has recently added to its fleet. The year-round services will be offered initially from cities across Russia to resort destinations on Hainan Island. Flights to Haikou will be operated from Rostov-on-Don, Samara, Kazan, Ufa and Yekaterinburg. Apart from the latter, IrAero will become the first operator to offer direct services between these city pairs.

All of IrAero’s B777s are configured to seat 11 passengers in business and 360 in economy class, so the total capacity is sufficient to carry more than 1,800 tourists to the Chinese resorts each week. Together with its Chinese partner, travel agency Pearl River, the airline plans to both increase its frequencies to Hainan and add more destinations in China in the future.

IrAero currently operates services to China using smaller aircraft, including the Russian-made Superjet 100 (SSJ100) regional jet. Rumours of the Irkutsk-based airline’s B777 China expansion plans have been circulating for some six months, but the airline has thus far remained tight-lipped. Notably, all three wide-bodies, with tail numbers VP-BSJ, VP-BMR and VP-BLI, were previously operated by the now defunct VIM Airlines, a much bigger Moscow-based charter airline which had also intended to launch a similar Pearl River programme.

With insolvency forcing it out of the market, this suddenly created significant capacity opportunities, with Russian charter carrier Pegas Fly (the trade name of Ikar Airlines which, along with its sister carrier Nordwind Airlines, is part of the Turkey-backed Pegas Touristik group) first to strike an agreement with the agency for the operation of Boeing 767-300 flights to Haikou from Zhukovsky airport serving Moscow. Another Russian carrier, Alrosa Airlines, has also recently received approval for Boeing 737-800 services to Sanya and is to operate flights on behalf of the Pearl River travel agency, it is reported.

The China market remains an ever-growing, attractive destination for Russian airlines, as it offers lucrative business development opportunities, especially with the Chinese government stimulating the market by providing financial support (albeit primarily for local carriers) for a number of long-haul flights to what are described as ‘second-tier destinations’ – even though they have populations exceeding 10 million. The subsidies can equate to as much as one third of operational costs. However, the risk of overestimating these opportunities is real, as the sad cautionary tale of VIM Airlines illustrates.

China is now the second largest market (by passengers carried on scheduled flights) for Russian airlines over the last three years. In 2017 the market segment saw 1.9 million passengers moving between the two nations, up 27 per cent year-on-year. A further 349,000 passengers travelled on charter flights, 230 per cent up on the previous year.

As well as the four Russian carriers which operate scheduled and charter flights to China from Moscow (Aeroflot and Royal Flight from Sheremetyevo and S7 Airlines and Azur Air from Domodedovo), all other major airports in Russia have been actively developing their relationships with Chinese airlines by obtaining special certificates (such as Welcome Chinese and China Friendly) from Chinese tourism authorities, confirming their compliance with the minimum requirements for serving Chinese tourists. Russia’s Ural Airlines has even received an approval to operate flights between China and Thailand, using fifth-freedom traffic rights.