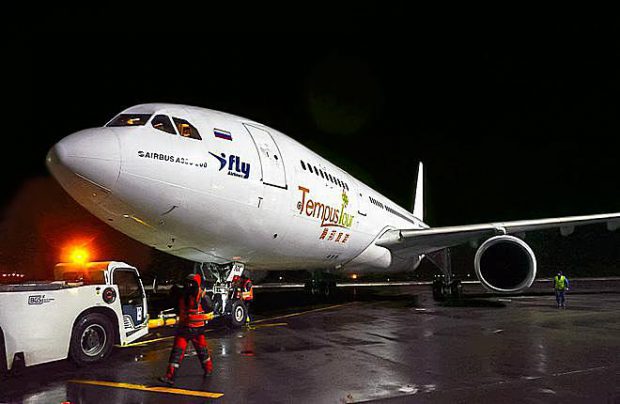 Since late last year, iFly has been operating an Airbus-only fleet (Ramport Aero)

Russia’s iFly, a fast-growing leisure airline specialising in charter services to tourist destinations in Europe and Asia, has started operating from Zhukovsky Airport (ZIA) near Moscow. The airline is thus the eighth customer for Zhukovsky, which claims the title of the fastest-growing airport both in Russia and in Europe.

As part of a plan to expand its China programme, iFly is operating regular charter flights on behalf of Tez Tour, a travel agency closely associated with the airline, with new services from ZIA to Sanya (SYX) in Hainan. The first was operated yesterday, utilising a 311-seat Airbus A330-200, the first aircraft of the type in ZIA’s schedule.

The decision to fly from Zhukovsky was inspired by iFly’s travel agency partners, reveals Alexander Korovka the airline’s spokesman, who has also advised Russian Aviation Insider that the question of whether the carrier will in the future base its aircraft at ZIA has not yet been finalised. “We’re still negotiating this with [ZIA’s operator] Ramport Aero. There’s no final decision yet,” he says.

iFly’s current base is at Moscow’s Vnukovo (VKO) airport, so the new schedule is founded on those aircraft arriving at Zhukovsky from other destinations, before heading off shortly after. Typically, the A330 bound for Sanya yesterday had previously arrived from Hainan. From Sanya it then flew to Novosibirsk and back before returning to Zhukovsky.

iFly flies to China from Moscow, St Petersburg, Kazan, Ufa, Krasnoyarsk, Novosibirsk and Yekaterinburg. According to its general director Kirill Romanovsky the airline is counting on further expansion of its China network.

Last year’s operational performance won iFly the reputation of being one of Russia’s fastest growing passenger airlines. It carried 1.1 million passengers, a 51 per cent year-over-year improvement. “This [achievement] was possible due to the expansion of the flight programme in partnership with the leading international travel companies Tez Tour, Tempus Tour, TUI and Intourist Thomas Cook,” the airline admits.

Along with its China routes, iFly also operates to Turkey, Spain, Italy and Thailand using its fleet of nine Airbus aircraft: two A319s, six A330-200s and a single A330-300.

Last year ZIA, with its unique ‘regional’ airport status that still allows it to serve the Moscow catchment area, handled some 1.162 million passengers, a remarkable 173 per cent year-on-year improvement.

After this impressive development Zhukovsky last year rose to 26th in the ranking of Russia’s airports, up from 46th in 2017.