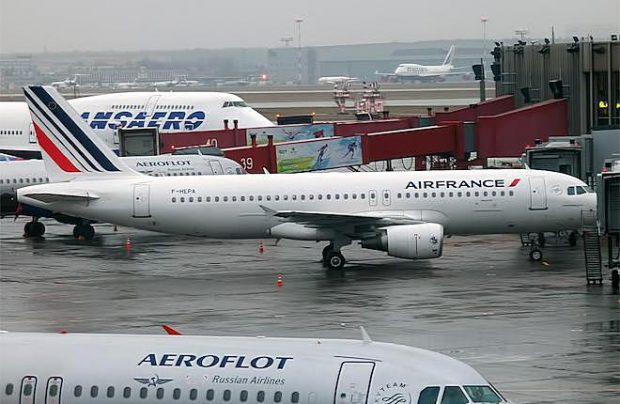 As a result of the first fully-fledged official consultations since 2012 between the aviation authorities of both Russia and France, the frequency of scheduled flights between the two countries is to increase from the current 87 to 121 per week. In addition, the number of charter flights has been doubled, from 40 to 80, and two new routes have been added to the existing bilateral agreement on air connections – to Montpellier and Marseille, both from Moscow, says Russia’s Transport ministry. The parties have also agreed to add designated carriers on secondary routes.

These latest amendments to the original 2001 air agreement mean that Russian designated carriers are now allowed to fly between Moscow and seven destinations in France: Paris, Nice, Lyon, Bordeaux, Clermont-Ferrand, Montpellier and Marseille. French designated carriers are allowed to fly from Paris to Moscow, St Petersburg and “five other points in the Russian Federation to be selected by France”.

The new agreement includes a number of specific provisions, including authorisation for Russian airlines to operate up to seven additional flights per week between Moscow and Paris, Moscow and Nice and St Petersburg and Nice; and flights from the Russian capital to Marseille, Montpellier and Bordeaux may be operated five times a week to each destination. Under the new deal, the airlines are also entitled to fly between Paris and Kaliningrad and Yekaterinburg up to seven times a week.

This latest provision may also prove beneficial for Aeroflot’s low-cost subsidiary Pobeda, which earlier announced plans to launch flights from Moscow to Paris via Kaliningrad, as part of its strategy of building a full-scale hub operation at Khrabrovo airport, which serves the Russian enclave city in Europe.

The authorities have also agreed to increase the number of designated carriers on routes to Nice from Moscow and St Petersburg, to three and two, respectively.

Russia has also granted rights for a second French airline to launch flights to Russia along with the existing services provided by Air France. As a result, Aigle Azur has resumed twice-weekly services between Moscow’s Domodedovo airport and Paris Orly. Between 2012 and 2014, and also for a period of time in 2017, that airline provided services to Vnukovo and, later, Domodedovo, a programme which was eventually suspended. Reportedly, Aigle Azur’s status of designated carrier has been granted on a temporary basis. The now defunct Transaero previously operated the route from the Russian side.

Meanwhile, Russian freight specialist Volga-Dnepr Group’s AirBridgeCargo is set to benefit from the new agreements, as designated Russian all-cargo carriers are now entitled to operate five (up from four) weekly flights between “any point in Russia to Paris’ Charles-de-Gaulle (CDG)”. The freighter operator is also entitled to “co-terminalise” between any points in Europe and CDG “within a framework of frequencies while operating agreed routes without fifth-freedom traffic rights,” the agreement states.

Additionally, non-designated airlines from each side, under their own flags, may now operate as many as 80 charter flights, up from the current 40, between the countries, a total which includes a maximum of 10 all-cargo flights. With representatives of France’s XL Airways and Russia’s Nordwind attending the negotiations, one can imagine that these airlines will be looking to capitalise on these new opportunities.

According to Russian Aviation Insider’s collected data, last year French destinations ranked as the 11th most popular by volume of traffic carried by Russian airlines, which collectively transported some 904,000 passengers on routes between the two countries in the period, up 15.5 per cent year-on-year.

In the list of most popular international destinations, Moscow-Paris sits at number 14, with 499,000 travellers last year, demonstrating a 12 per cent increase on the previous 12-month period.