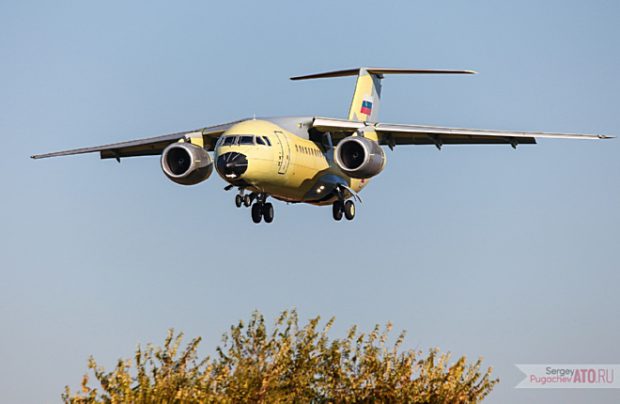 Russia’s Voronezh Aircraft Production Association (VASO) has announced the production flight testing of the last of the batch of Ukrainian-designed Antonov An-148-100 regional jets for the Russian Defence Ministry. The aircraft, with registration 61735 (s.n. 44-02), is the 15th and final of the series of An-148s produced under contract for the Ministry. Once the final aircraft completes testing and is delivered to its customer, VASO will curtail all An-148 production processes until and unless it receives new orders. Considering the ongoing tensions in Russo-Ukranian relations, the future of the programme in Russia appears doubtful, but the manufacturer assures that it will continue to provide support of the fleet in operation.

VASO produced its first serial An-148 in 2009. In almost a decade, the company built just 35 of the regional jets, two of which were destroyed in fatal accidents. The Russian manufacturer plans instead to shift its focus on producing the Ilyushin IL-96 wide-body (including its latest modification, the passenger IL-96-400M) and the Il-112 turboprop light transport, as well as supplying components for other Russian-built aircraft.

At the same time, Ukraine is to continue with the An-148 programme and has recently announced an order for An-158s, the jet’s stretched version, from a Ukrainian start-up carrier. The country’s Antonov State Enterprise has signed a letter of intent (LOI) for the financial leasing of two 97-seat aircraft to FANair, a Kyiv-based carrier, which received its Air Operator’s Certificate in June of this year. The airline is poised to become Ukraine’s launch operator of the type.

“After a thorough review of the An-148’s performance, the board of directors [of FANair] made the decision to acquire two such aircraft to be operated on domestic routes and to neighbouring countries. The deliveries are preliminarily scheduled for 2020,” Antonov reveals.

FANair currently operates an Airbus A320 and an A321 on charter flights from Kyiv and smaller airports to leisure destinations, mainly in Turkey and Egypt. “The LOI is an instrument for raising funds for the project. Antonov will deliver the aircraft six months after the financial leasing contract is finalised,” the Ukrainian producer adds.