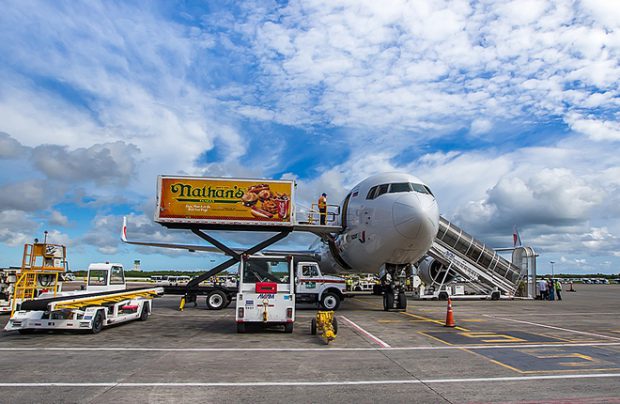 Russia’s Azur Air has increased its long-haul capacity by bringing in two more leased wide-body aircraft. In mid-May, a Boeing 777-300ER joined the ranks of the carrier’s fleet and, in addition, at Azur Air’s Moscow Vnukovo airport base, another Boeing 767-300 is currently awaiting registration under the airline’s air operator’s certificate (AOC).

As it aims to strengthen its position as Russia’s largest charter airline, by the end of this year Azur Air will have 31 aircraft in an all-Boeing fleet.

The latest 777-300ER (registration VQ-BZC), a 12-year-old aircraft that has been taken on an operational lease from AerCap, is the third of this type in the Azur fleet and was previously operated by Emirates Airline. Two more are due to be delivered by the end of this year.

The Russian leisure carrier, which operates flights on behalf of the Turkey-backed Anex Tour travel company, has revealed that the newly arrived aircraft will primarily be deployed on long-haul transatlantic routes, as well as for medium-haul flights to Turkey, because in the summer season the company expands its international flight programme reach from Russian regional airports. The GE90-115B-powered aircraft is configured with 428 seats: 42 in business class and 386 in economy.

The May delivery of another aircraft, the carrier’s latest Boeing 767-300, reflects a growing trend in which Azur Air has begun to increase its services catering for the burgeoning flow of inbound tourists to Russia. Typically, the airline has developed a new Chinese flight programme with this aircraft, which is proving to be the most popular type in the carrier’s fleet. Also, a B767-300 is to be used for flights on a new route from Magadan to Cam Ranh in the south central coast region of Vietnam. The latest model – a 19 year-old Boeing 767-300, with registration number VQ-BRA – was previously operated by Israeli airline EL AL. The General Electric CF6-80C2B6F-powered aircraft has a mono-class layout seating for 336 passengers.