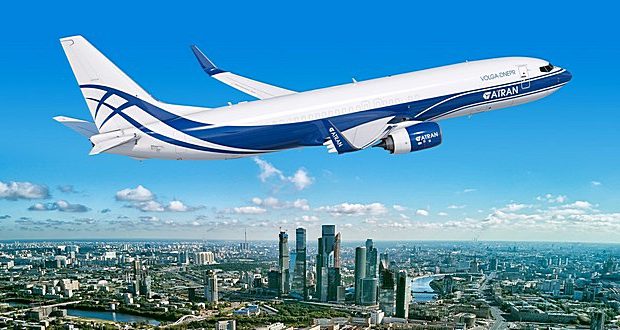 The converted former passenger aircraft, which are to be phased in during the remainder of 2018 and in the first half of 2019, will provide additional capacity to Atran’s existing line-up of three Boeing 737-400 freighters, increasing its fleet to five.

Powered by CFM56-7B24 engines, the narrow-body B737-800BCF (Boeing Converted Freighter) is able to carry up to 23.5 tonnes of cargo, and is perfectly suited to short and mid-range routes which form the basis of Atran’s scheduled network, the airline explains. From its base at Moscow’s Vnukovo Airport, the carrier provides dedicated cargo services for mail and express shipments on routes linking Europe, Russia and the CIS. The company is also specialising in leveraging growing volumes of e-commerce shipments, accommodating cross-border online purchases.

Atran Airlines, which was established in 1942 and is among the oldest Russia-based airfreight carriers, joined the Volga-Dnepr Group in 2011. Presently its fleet includes three B737-400SFs that focus on short- and medium-haul routes. The aircraft are based at Moscow and operate scheduled frequencies on routes between Russia and Europe.

Atran Airlines plays a leading role in one of Volga-Dnepr’s key projects: the development of feeder/distribution air services. In becoming part of the Volga-Dnepr Group it has contributed to the next step in the implementation of the parent company’s Cargo Supermarket strategy.