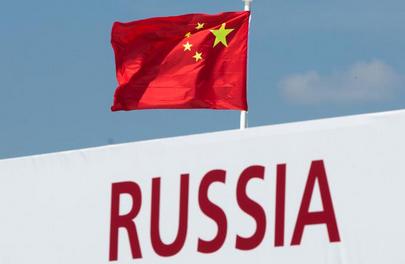 UAC and COMAC have created a 50/50 joint venture, which will be in charge of the new program (Photo by Leonid Faerberg / transport-photo.com)

Russia and China have agreed on the terms of creating a joint venture, which will be in charge of developing the perspective wide-body aircraft program. The deal, which involves Russia’s United Aircraft Corporation (UAC) and China’s COMAC, was sealed during the state visit of President Vladimir Putin to China, the UAC announced in an official statement today.

The 50/50 joint venture will be registered in China before the year’s end. Its roles, alongside program development, will include production sales and after sale support, as well as investment and financial functions.

According to TASS newswire, which cites Russia’s Minister for Industry and Trade Denis Manturov, elaboration of preliminary project for outlining the aircraft’s basic configuration is well underway. After this stage – which is already about one year behind schedule – is complete, the actual design will begin.

The base version of the wide-body aircraft will seat from 250 to 280 passengers. Shortened and stretched variants are also in the plans. The cost of the project, estimated at $13-20 billion, will be divided equally between the parties. UAC will be in charge of designing the composite wing, whereas COMAC is designing the fuselage.

In the framework of president Putin’s visit to China, another agreement was reached regarding the program of a perspective heavy helicopter developed jointly by Russian Helicopters and Avicopter. The Russian side will “support design of the aircraft” and assist Chinese colleagues in launching serial production of the helicopter for Chinese customers.