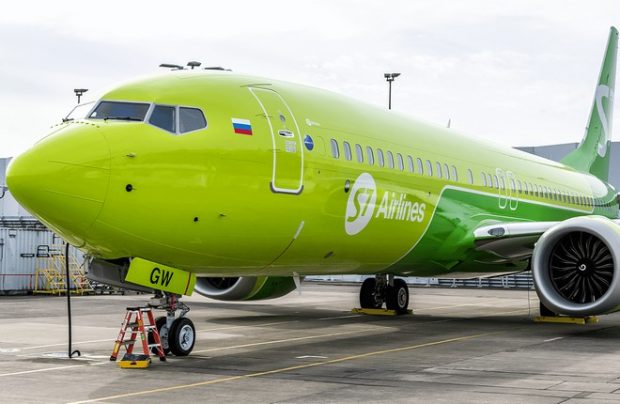 Russian government has allowed S7 Airlines to return two Boeing 737MAX-8 aircraft to their international lessors. The permission was signed by country’s prime minister Mikhail Mishustin on August 27 based on the approval granted by the special governmental commission for aircraft repatriation.

S7, Russia’s largest private aviation group, was approved to ferry both aircraft to Turkey before end of the year and has challenged its subsidiary Globus Airlines to do the mission.

S7 became Russia’s first and only operator of Boeing 737MAX in October 2018, when its subsidiary Globus took delivery of the first aircraft – and until March 2019, when two fatal accidents led to the world-wide grounding of the type.

Although the majority of national aviation authorities have – starting from February 2020 and until now – removed restrictions for 737MAX operations, the type re-certification in Russia was never accomplished. Thus S7 Group had no way of returning its aircraft to service.

Russia-Ukraine conflict, which erupted in February 2022 virtually left no chances for re-certification effort to be taken in any foreseeable future in Russia.

In July Russian aviation authorities lifted the ban on foreign airlines operating 737MAX in the country’s airspace – but limited to carriers from those countries, that have not imposed sanctions on Russia.