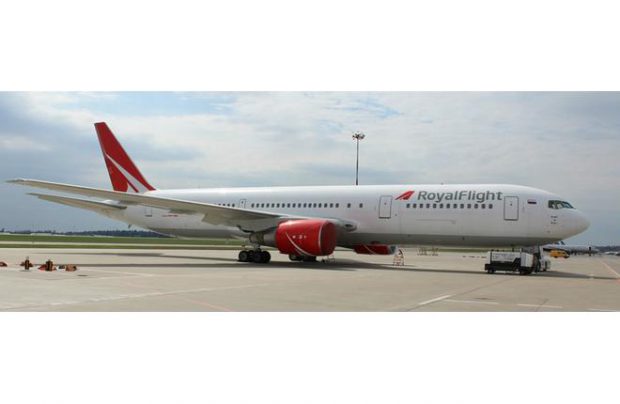 Like the first Boeing 767 in the charter airline’s fleet, the second 767 was formerly operated by Rossiya Airlines (Photo by Royal Flight)

The aircraft, with tail number VP-BLG (s.n. 27616/714), made its first flight in the summer of 1998. As is the case with the first 767 in fleet of Royal Flight, the second one was previously operated by Rossiya Airlines. Both aircraft feature a two-class configuration with a total of 309 seats (12 in business class and 297 in economy). Both are owned by the Dutch lessor AerCap. The company is planning to base its newly-acquired Boeing 767s at Sheremetyevo Airport. Additionally, they are planning to operate the aircraft out of Pulkovo Airport as well.

The carrier earlier said it was not planning further expansion of its 767 fleet beyond these two aircraft.