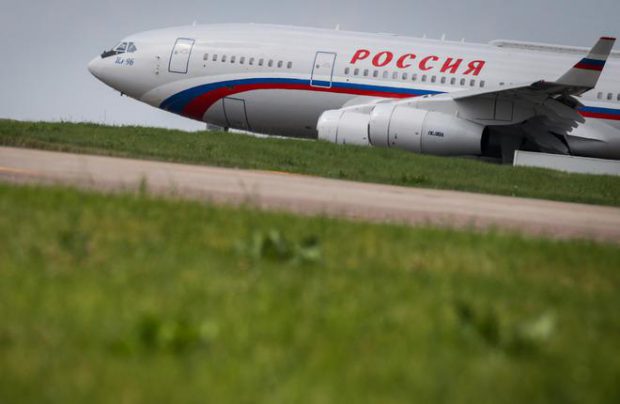 Rossiya Special Flight Squadron is potentially the largest operator of the future Il-96-400M, because it is the only Russian operator that still flies Il-96 family (Photo by Leonid Faerberg / transport-photo.com)

Two Russian charter carriers – Royal Flight and Pegas Fly have expressed interest to acquire the Il-96-400M. This airliner is the passenger version of the upgraded Ilyushin widebody, but the program is yet at an early stage of development. However Royal Flight is ready to consider leasing three aircraft of the type, deputy minister for transport Valeriy Okulov announced this week.

There is a history behind this interest. In April last year Russian lessor Ilyushin Finance Co reported that the carrier had made an inquiry regarding leasing terms for an Il-96-300 previously operated by Aeroflot.

Pegas Fly, in its turn, has requested the detailed specifications, delivery schedule and the price of the aircraft, Okulov said.

“GTLK (the State Transport Leasing Corporation) has elaborated the financial model and calculated the economics of operating these aircraft. Since the four-engine concept is preserved, state support will be required for [commercially viable] operation”, vice-minister pointed out. He also mentioned, that Rossiya Special Flight Squadron (which is in charge of carrying the country’s top officials) remains the only domestic operator of the type.

Il-96-400M is a stretched and upgraded passenger version of the Il-96 widebody, with preliminary seating capacity of 390 passengers. It will become a transition model before Russia’s United Aircraft Corporation develops new-generation widebody airliner together with China’s COMAC.

Up until now only four Il-96-400 cargo versions of the model have been built and later converted for other missions. The first prototype of the Il-96-400M is preliminarily slated to fly in 2019.