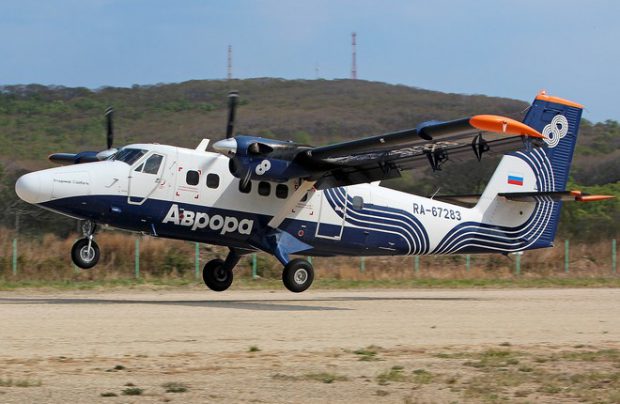 Rostec, Russia’s aerospace and defence industry behemoth, intends to create a new airline that will operate a fleet consisting exclusively of Russian-made aircraft, and has now come up with a project proposal for the initiative, Anatoly Serdyukov Rostec’s industry director has revealed.

The move follows Russian president Vladimir Putin’s call for the creation of a regional airline that is dedicated to serving the country’s remote far eastern regions, its primary objective “to improve the mobility of [Russia’s] population.” It would also serve the cause of supporting the country’s aerospace industry, Serdyukov insists.

“We have [now] prepared a proposal for this dedicated airline that will operate Russian-produced aircraft [only]. By that we mean airplanes manufactured by [Russia’s] United Aircraft Corporation (UAC) [SSJ100 and MC-21], as well as helicopters and [the L-410] produced by Ural Works of Civil Aviation,” Serdyukov explains, adding that the project is currently being discussed with potential stakeholders. “It is high time for the myths around our local aircraft industry to be busted,” he emphasises.

“This new [airline] model is expected to provide a persuasive demonstration that Russian-made aircraft can be utilised intensely, comfortably and safely,” Serdyukov argues.

At the same time, Russian flag carrier Aeroflot has responded by suggesting that the project could involve its 2012-created far eastern subsidiary Aurora Airlines, which was formed on a 50/50 basis with the administration of the Sakhalin region. The Aeroflot proposal would kick-start the new project by allocating additional funds from the federal budget for expanding Aurora’s fleet.

The regional administration is fully supportive of the Russian flag carrier’s suggestion, with the Sakhalin region’s governor Valery Limarenko stating at a press conference today: “If our airline Aurora were entrusted with this work, it would have done it. And we would have been happy [to do it]. Negotiations and discussions are ongoing. My position will be this: I believe that this work should be entrusted to Aurora.”

Such a decision will allow for the creation of a single network of local and regional passenger air routes throughout the entire far eastern Federal District and the Arctic zone of the Russian Federation, Limarenko claims.

In early January president Putin instructed the Russian government to come up with a masterplan for a new airline operating only Russian-made aircraft, which would serve the country’s far east and other remote localities.