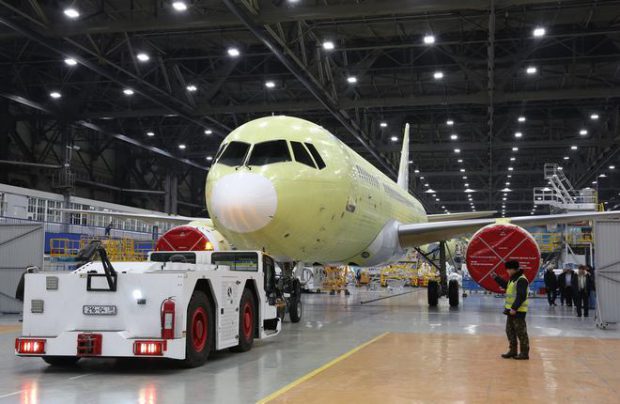 These functions were transferred from IAC to national regulator federal air transport agency (Rosaviatsiya) in late 2015 following a clash of political interests, but in the intervening years Rosaviatsiya has not been able to fully build the necessary competences, earn an international reputation, or completely secure the status of bilateral agreements – all of which are required for the mutual validation of aircraft type certificates with other countries. Rostec has found this to be an impeding factor in the promotion of Russian commercial aerospace products outside the country.

Rostec’s general director Sergey Chemezov sent an official letter to Russian president Vladimir Putin asking him to intercede. However, whilst Putin has not clearly stated his position on the matter, the suggestion has not found support within the Russian government.

In his letter, Chemezov expressed concern and dissatisfaction with the current state of affairs in Rosaviatsiya’s efforts to secure its position as an acknowledged certification body, because it has not been able to coordinate its efforts with those of the US and European authorities. Although formal agreements are currently in place with China, the USA, India, Turkey, Italy, Canada, Cuba, Moldova, Kyrgyzstan, Columbia, Mongolia, South Korea, Brazil and EASA, they have no substance unless and until the procedures and regulations for aircraft certification are fully harmonised with those of the FAA and EASA. For instance, in 2016 and 2017, under IAC’s export certificates, seven Superjet 100 (SSJ100s) were delivered to Irish operator CityJet because Rosaviatsiya’s certificates had not been  validated by EASA.

“To create a fully functional Russian aircraft and airworthiness certification system would require colossal [investment] injections, primarily for the education and training of specialists, and [will take] at least five to seven years to accomplish,” says Boris Rybak, general director of Infomost Consulting.

In the meantime, IAC retains its authority and international agreements built up over more than two decades since 1991. Chemezov insists that Rostec will benefit from these existing agreements if type certification functions were handed back to IAC. Without the direct involvement of the president though, such a proposal could invoke a conflict with Rosaviatsiya.

Vladimir Putin has nevertheless instructed the government to look into the controversial issue. Both the aviation industry and the trade and transport ministry have already voiced their disagreement with Chemezov’s proposal. Furthermore, according to Vedomosti daily, at a November 6 meeting dedicated to the future development of UAC, Dmitry Medvedev, Russia’s prime minister personally advised Chemezov that a return to IAC was impossible. “Certification of Russian aircraft abroad will continue to be done by Rosaviatsiya. All of the decisions necessary for performing these functions have been taken. Transfer of this authority to any other organization is not on the agenda,” transport minister Evgeny Dietrich insisted.

Medvedev’s opposition to Chemezov’s proposal comes as no surprise, as the two previously disagreed on Rostec taking control of UAC. The prime minister then tried to convince Putin not to hand over UAC to Rostec, which continues to be under political sanctions, and which could affect UAC’s business. However, that argument was lost to Chemezov, a close ally of the president, and in due course Rostec won control of UAC’s assets last year.

IAC remains in the control of Tatyana Anodina, the mother of Alexander Pleshakov, the former owner of the now defunct Transaero Airlines. In October 2015 the Russian government forced the closure of Transaero, then Russia’s second largest airline, because of its dire financial situation. In the conflict of interests that followed, the government transferred aircraft certification functions from IAC to national body Rosaviatsiya.

IAC was created at the end of 1991. Its authority is recognised locally by Armenia, Azerbaijan, Belarus, Kazakhstan, Kyrgyzstan, Moldova, Tajikistan, Turkmenistan and Uzbekistan.