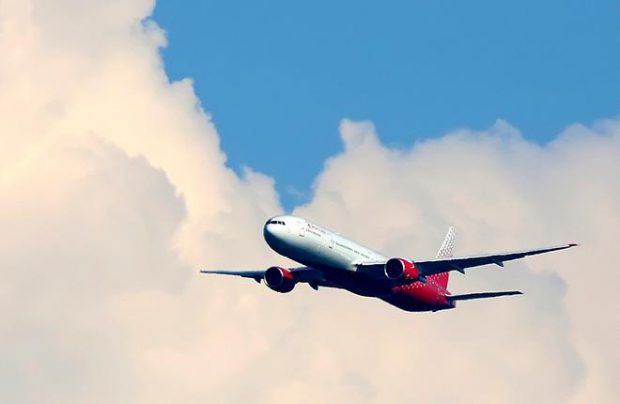 Part of the Aeroflot group, Rossiya has immediate plans for the Rolls-Royce Trent 890-powered B777-300, as part of a government project to energize passenger traffic flows to and from the Far East.

Tail number EI-UNM, the aircraft was built in 1999 and, for 13 years, was operated by Singapore Airlines before being acquired by VEB Leasing. The long-haul, wide-bodied jet was initially leased to Transaero in 2012.

The aircraft, which can carry up to 373 passengers, with 18 in business and 355 in economy class, is the carrier’s fourth delivery in the current wide-bodied fleet leasing project with VEB.

Rossiya has already received two B777-300s (EI-UNP and EI-XLP) and one B747-400 (EI-XLD) as part of the fulfillment of Vladimir Putin’s presidential order to stimulate transport accessibility to and from the Far East, with a targeted project deadline of December 2016. The order evidently called for re-marketing of the aircraft previously operated by Transaero. This carrier leased the aircraft through VEB Leasing as well as through Sberbank Leasing and VTB Leasing, all of which were listed in the original decree. Some of these aircraft has been already re-delivered to Rossiya as part of the new agreement.

Although the introduction of the latest B777 brings Rossiya’s fleet to seven B777s, 32 А320s, 16 B737-800s and six B747s, the transfer of these aircraft to Rossiya is only a partial solution to Russian leasing companies’ ongoing problems. According to industry sources, VEB Leasing owns 35 aircraft operated by the defunct Transaero. These include eight B777s, seven B747s, three B767s and 17 single-aisle B737 classics and NGs.

The outlook for these remaining aircraft is bleak, with market forces heavily against them. The current decline of the Russian aviation transportation business is preventing leasing companies from quickly finding new operators – and re-marketing them abroad is hindered by anti-Russian sanctions, aircraft age and a surplus of the same types on the pre-owned market.

VTB Leasing and Sberbank Leasing are facing similar situations. The former had 21 aircraft operated by Transaero, and the second had eight, with 11 more on order.