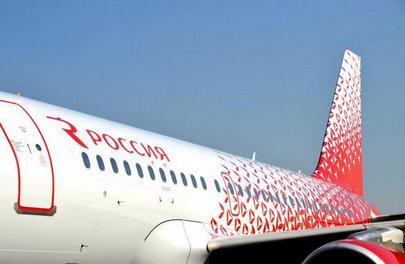 Rossiya Airlines (part of Aeroflot Group) has taken delivery of a second Boeing 777-300 aircraft. The aircraft, previously operated by Transaero, had been reclaimed by the lessor, VTB-Leasing, and is now leased to the new operator through VTB-Leasing’s Ireland-based subsidiary.

Prior to entering service with Rossiya, the 777 with tail number EI-UNN underwent maintenance procedures at HAECO in China and received new paint in Amsterdam. Its cabin features a two-class configuration with 18 seats in business and 355 in economy class. According to open sources, the aircraft was produced in 1999 and was in service with Singapore Airlines.

Along with the two Boeing 777-300s received from VTB-Leasing, Rossiya also operates two Boeing 777-200s (tail numbers VP-BLA and VQ-BNU), which it succeeded from OrenAir after the carriers merged.

Rossiya’s fleet of wide-bodies is expanding rapidly. Last week it received a Boeing 747-400 (tail number EI-XLJ) from VTB-Leasing. Two more 747-400s previously operated y Transaero, have also been transferred to Rossiya’ fleet by Sberbank Leasing, with two more to follow within this month. VEB-Leasing is also looking to place several wide-bodies with Rossiya.