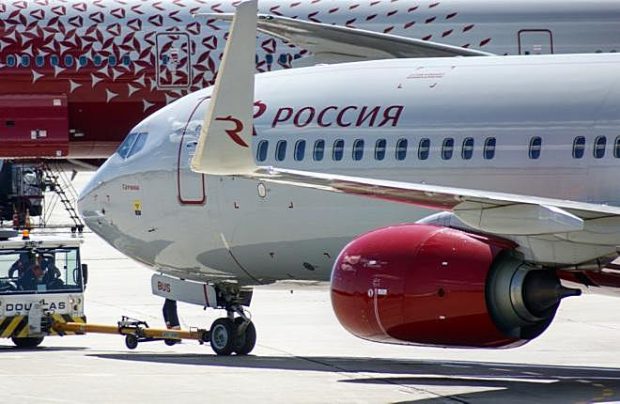 Rossiya Airlines, Russia’s third largest carrier and a member of Aeroflot Group, is to transfer some of its narrow-body aircraft to sister airlines Aeroflot and low-cost carrier (LCC) Pobeda.

Apart from relinquishing the aircraft, Rossiya is to further strengthen its presence at St Petersburg’s Pulkovo airport, its original base, and where the city’s administration currently holds 25 per cent plus one share ownership, with the remainder of Rossiya under the control of Aeroflot Group since it joined the conglomerate in 2012.

Overall, the airline is to move seven single-aisle Boeing 737-800 aircraft, RBC business newswire reports. Aeroflot will take three of them to support the launch of operations in its future regional hub at Krasnoyarsk, while four B737-800s will join Pobeda’s fleet. Russia’s only budget carrier is one of the fastest growing airlines in the country. In the first eight months of 2019 the LCC transported some 6.6 million passengers, achieving a 46.7 per cent year-on-year improvement.

To sustain this growth rate the carrier needs additional airlift, especially as it was expecting the delivery of a number of new Boeing 737MAX aircraft this year, but those aircraft will not now be joining Pobeda’s fleet in 2019 due to the model’s temporary global grounding. The 737 MAX has been out of service since March following two fatal crashes. It is not yet clear when the aircraft will be authorised to fly again.

It is expected that after phasing out seven B737-800s, Rossiya will take the same number of Airbus A320s and focus on its medium-haul network expansion from Pulkovo.

It has been reported that North Capital Gateway (NCG), the St Petersburg airport operator, is disappointed by Rossiya’s recent activity at the city’s airport and, earlier this year, the administration of St Petersburg stated it was considering selling off its shares in Rossiya Airlines. An accompanying explanatory note pointed out that the administration was planning to dispose of its stake because it was no longer able to influence the airline’s business decisions. The commercial management of Rossiya Airlines had been transferred to its parent company Aeroflot in 2014.

As the base airline at St Petersburg’s Pulkovo airport, Rossiya was accountable for roughly 30 per cent of its total traffic of some 5.5 million passengers last year and generated 87 per cent of the airport’s transfer business. This led to the development of other carriers at Pulkovo, such as S7 Airlines and Smartavia.

The decision to regain its dominant position at St Petersburg will allow Rossiya not only to reduce the levels of tension with its minority shareholder, but also to increase Aeroflot’s competitiveness with other Russian airlines.