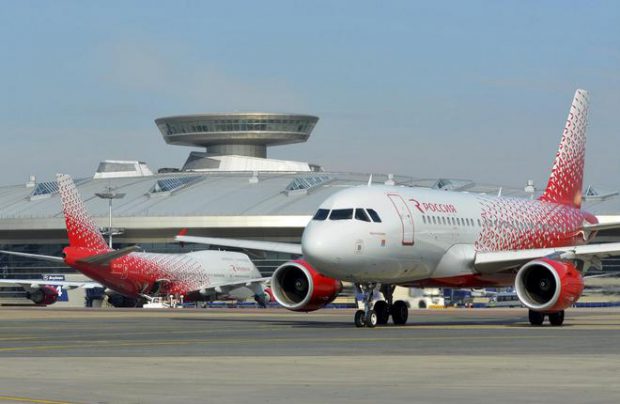 New details, which have emerged regarding Aeroflot Group’s ambitious strategy until 2028 reveal a significant remake of its Rossiya Airlines subsidiary, which would turn the carrier into the frontline implementer of the social tasks the Russian government has lined up for the nation’s largest airline grouping, comprising Aeroflot, Rossiya and LCC Pobeda. The two major tasks are catering for the Russian population’s travelling needs, particularly serving regional, unpopular and low-revenue subsidized flights, and creating a market for Russian-made aircraft, namely the existing Superjet 100 and the MC-21, which is still in the making. In general, the role Rossiya is being assigned resembles domestic operations of that of the Soviet-style Aeroflot.

Currently, Rossiya operates a fleet of 62 Western-made passenger aircraft, including 21 Airbus А319s, six Airbus А320s, 16 Boeing 737s, 10 Boeing 777s and nine Boeing 747s. But by 2028, according to the plan, the airline would operate as many as 250 aircraft, 235 of which would be Russian-made jets including 150 Superjet 100s and 85 MC-21 mid-haul airliners. The only foreign type to be retained would be Boeing 777 (15 aircraft). This means that the entire fleet of 54 SSJ100 regional jets now operated by Aeroflot, as well as its firm orders for 95 Superjets and 50 MC-21s plus an option for 35 more of the type would be transferred to Rossiya.

According to details revealed by a source close to Aeroflot group, within the next eight years, Rossiya’s both business and geography would be significantly expanded in three major directions.

Rossiya’s original base at St. Petersburg’s Pulkovo airport would be boosted, with current fleet of 27 aircraft (21 Airbus A319 and six A320s) operating regular flights, growing to 85 Russian-made jets (55 SSJ100 regional jets and 30 MC-21 mid-haul airliners) and is expected to generate a traffic between 9 and 13 million passengers per year.

A currently smaller scheduled operation from Moscow, which runs on seven Boeing 737-800s would grow into an extensive feeder network to provide connections to parent Aeroflot’s international flights. Besides, eight new regional bases would be set up, including strategically important ones in Kaliningrad enclave and Simferopol, the air gateway to Crimea peninsula. Other bases may include Sochi, Rostov, Samara, Kazan, Perm and Chelyabinsk. Four alternate bases at Krasnodar, Ufa, Krasnoyarsk and Yekaterinburg are being considered. The Moscow and regional business is expected to generate a traffic of between 9 and 14 million passengers per annum and would be supported by a fleet of 95 SSJ100s and 55 MC-21s.

Finally, the strategic role of connecting key destinations in Russia’s Far East – Vladivostok, Khabarovsk, Yuzhno-Sakhlinsk, Petropavlovsk-Kamchatsky and Magadan with country’s capital, would also be assigned to Rossiya. These very long routes can only be served non-stop utilizing Western-built long-haul widebodies. So the airline plans to operated 15 Boeing 777s, most of which Rossiya supposedly to inherit from Aeroflot. The airline is expected to carry between 2 and 3 mln passengers on this partly subsidized service.

One extra business segment that needs additional consideration is the existing leisure charter operations, which currently involves nine Boeing 737-800s and eight Boeing 747-400s staged at Moscow (Vnukovo) and St.Petersburg. This will be reconsidered later on, as the existing agreement with a travel contractor expires in 2022.

Though seemingly sound, the new model raises big technical concerns, particularly in terms of availability and reliability of the proposed Russian-made fleet. Building a fleet of 150 Superjet 100s by 2028 seems manageable – Aeroflot currently operates 54 SSJ100s, has recently publicly confirmed plans to take delivery of eight more this year and another 14 in 2021. This leaves Russian aircraft industry with the need to supply only 9 aircraft annually in the period of 2022 through 2028. However the levels of after-sales support of the Russian regional jet remain a major concern.

But having service-ready 85 MC-21-300 mid-haul airliners by 2028 is really questionable. Even if the Russian aircraft industry manages to produce the required number of the type within the next eight years – provided the programme continues to enjoy the same level of attention of support from the government — the aircraft, which incorporates a lot of new technology will inevitable have childhood diseases and uncertainties in its aftersales support network might be an issue in the way to efficient operations. The MC-21 programme has seen several delays, pushing deliveries further off. And if Aeroflot Group’s influential shareholder and essentially an aircraft producer Rostec insists on delivering some of the aircraft powered by the Russian PD-14 engine option, this would mean additional risks for Rossiya’s ambitious plans.