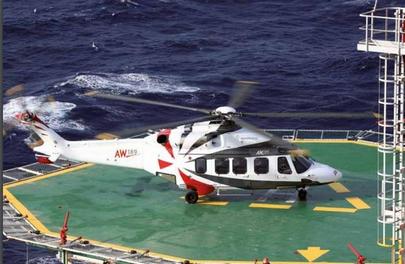 Russian Helicopters, Russian oil company Rosneft and British-Italian helicopter manufacturer Leonardo Helicopters (formerly, AgustaWestland) signed a trilateral agreement that outlines the framework for assembly of AW189 helicopters in Russia. The arrangement was made on the landsides of St. Petersburg World Economic Forum.

Rosneft’s subsidiary RN Aircraft placed a firm order for 20 helicopters in addition to 10 ordered in July of last year, Leonardo Helicopters announced in a statement.

The initial trilateral agreement, which laid the foundation for the strategic partnership between the parties, was signed in December 2014 by Rostec (the parent of Russian Helicopters), AgustaWestland’s parent, Finmeccanica, and Rosneft. It recorded Rosneft’s intentions to purchase up to 160 AW189s within a period stretching to 2025, out of which 150 should be assembled by HeliVert, a joint (50/50) venture between the Russian Helicopters and Leonardo Helicopters located in Tomilino, near Moscow. The first helicopters were supposed to have been assembled in 2015.

According to the new agreement, delivery of the first out of the batch of 30 helicopters is slated to begin in 2018. Out of this number, 13 will be assembled in Italy and 17 – at HelVert’s facility in Russia. The level of localization of the helicopter production will gradually grow to reach 70% by 2025, Russian Helicopters said in a statement.

Further on, Rosneft is expected to receive 30% of HeliVert, whereas the share of Russian Helicopters would decrease to 30%, and Leonardo Helicopters – to 40%.

According to Kommersant Daily, delays in the production of the AW189 in Russia is caused by the parties’ controversies over the terms of the assembly localization. In particular, Russian Helicopters is not eager to purchase the license, because this would lead to appreciation of the product’s value. In their turn, Leonardo-Finmeccanica partners are not consent with the technology exchange proposal elaborated by the Russian side.

Rosneft has plans to use the 19-passenger rotorcraft for off-shore projects. At present, the crisis in the oil and gas sector led to operators globally downscaling their fleet expansion plans. Last year, Leonardo Helicopters delivered just six AW189s, 40% fewer than in the previous year.

HeliVert is now approved for the MRO of the AW189 model. Initially, the joint venture was organized for the assembly of a lighter model, the 15-seat AW139. Four such aircraft assembled in Tomilino are currently operated in Russia.