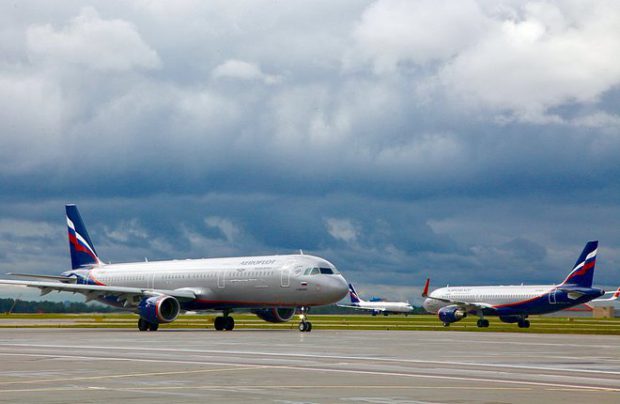 During the nine months, Aeroflot’s capacity grew by 7.8 per cent, while the number of flights operated rose by 11 per cent (Aeroflot)

Higher costs of aviation fuel, leasing, maintenance and flight crew wages all contributed to a year-on-year 42 per cent slump to 15.626 billion roubles in Aeroflot’s net profit during the first nine months of 2018, according to the carrier’s Russian Accounting Standards (RAS) latest financial report.

Sales turnover in the period reached 381.341 billion roubles, a year-on-year 11.9 per cent increase. This was driven by growth in Aeroflot’s operational indicators, as well as changes to key currency exchange rates.

Revenue per available seat-kilometre (RASK) was positive in the nine-month period (+5.8 per cent year-on-year) due to growth in the passenger load factor whilst maintaining yields at the same levels of the first half of 2018.

During the nine months, cost of sales was 362.946 billion roubles, up 22.6 per cent year-on-year. This was due to the expansion of the Russian flag carrier and higher traffic volumes (Aeroflot’s capacity grew by 7.8 per cent, while the number of flights operated rose by 11 per cent), as well as the substantial impact of a significant increase in the price of jet fuel, and higher costs for air navigation services, airport charges and ground services.

The biggest influence on costs in the first nine months of 2018 was the increase in the price of aviation fuel, the airline’s largest operating expense. Fuel costs rose by 29.549 billion roubles (+46.9 per cent year-on-year) in the period.

Leasing and aircraft and engine maintenance costs increased following the expansion of Aeroflot airline’s fleet by 37 aircraft over the last 12 months.

A string of optimisation measures undertaken by management to mitigate these external influences enabled the company to reduce its sales costs by 4.7 per cent year-on-year.

The growth of the net contribution achieved by other activities in the first nine months of 2018 was 10.983 billion roubles (+49.9 per cent), amid an increase in revenue from the planned phasing out of older aircraft (3.095 billion roubles), as well as dividends from subsidiaries (1.967 billion roubles).

In its latest five-year strategy for the period up to 2023, Aeroflot Group outlined the plan to reach new levels of operational efficiency and achieve strong financial results and  is expected to bring the group’s total revenue to 1.3 trillion roubles (US$20 billion) in 2023.