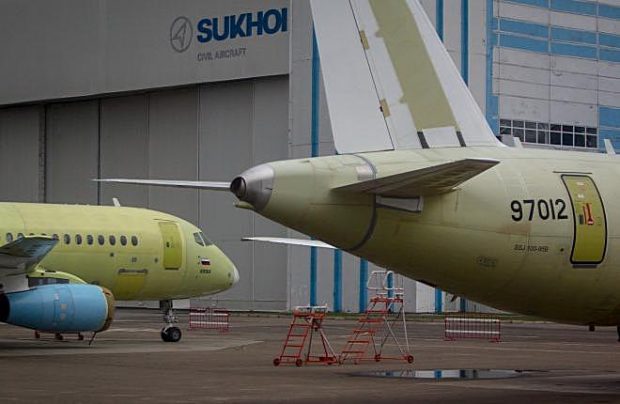 In the aftermath of the tragic May 5 Sheremetyevo airport SSJ100 crash, the Siberian Institute for Aviation Science and Research (SibNIIA), which is one of Russia’s major aviation science research centres, has not ruled out the possibility of further testing and subsequent modifications on the Superjet 100 (SSJ100) regional jet.

According to Vladimir Barsuk, the institute’s general director: “I think that some works will be done once the investigation produces some results. Obviously, the situation [at Sheremetyevo] started due to a hard landing. I hope that there will be additional research and, possibly, some modifications done,” he told the media.

Barsuk has also pointed out that the SSJ100 underwent its regular testing at SibNIIA, such as in the late 2000s, when the aircraft’s service life tests were conducted and during which the institute confirmed the project’s design projections and proved its reliability for 140,000 flight hours, double that of the likely actual service life set for it by the manufacturer.

The preliminary report on the investigation into the Moscow Sheremetyevo crash of Aeroflot Flight SU1492, operated by Superjet 100 RA-89098, reveals a series of events, including an electric storm and partial loss of flight control, leading up to the accident which caused the deaths of 40 of 73 passengers and a flight attendant. It ended in hard, heavy, multi-touchdown bounces and a subsequent fire. The accident is currently under investigation by the Interstate Aviation Committee (IAC) and Russian authorities.

After the loss of the SSJ100 aircraft in the accident, Russia’s Air Transport Operators Association (RATOA), which speaks for the industry on behalf of its 20 airline members, asked the Transport Ministry to check the aircraft’s systems for compliance with all certification requirements. The operators also voiced their concerns about the type’s static electricity protection system and its efficiency and asked the ministry to investigate the structural strength of wing box and landing gear aspects. In the aftermath of the accident, operators also questioned the integrity of the wing-based fuel tanks that are located close to where the gear struts collapse after a hard landing.