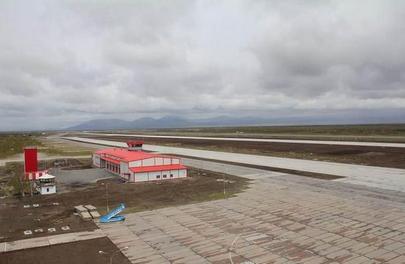 Petropavlovsk-Kamchatskiy Airport (Yelizovo) has announced that its runway is, once again, operational after the reconstruction in which its length was extended by 900 m. On June 1, an Aeroflot Boeing 777-300 flight from Moscow became the first to land on the new runway.

The runway was closed in 1978 for being non-compliant with the regulations, and its reconstruction started in 2012. The renewed strip is 3,400 m long and 60 m wide. The second runway, which remained operational while the first one was under reconstruction, is 3,398 m long.

Opening of the runway and taxiways enables the airport to receive long-haul and heavy aircraft, such as Antonov An-124, Airbus A330, Boeing 767/777. This is expected to “foster the dynamic development of the air travel in the region.”

At the same time, the airport received a new control tower, new roads, and flood drainage and treatment systems, as well as new security structures along the airport’s perimeters.

“This is just the first step of the large-scale reconstruction of the entire airport complex. Regretfully, unfavorable weather conditions inhibited some of the projects that were scheduled for completion,” head of the Federal Air Transport Agency Alexander Neradko said. He mentioned that among these projects are the construction of a patrolling road, the installation of special equipment for bird hazing, and an early runway icing awareness system.

Reconstruction of the Petropavlovsk-Kamchatskiy airport is in line with ICAO’s requirements; it is meant to ensure flight safety, improve passenger service and foster route network development. The works are financed through Federal Target Program for Economic Development of the Far East until 2018. The financing is estimated at 12 Billion rubles ($182 million).

A new terminal is in the plans. The project has been approved by the state expertise department, and potential investors are being sought.