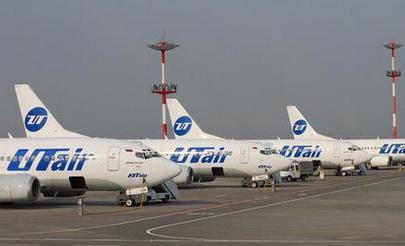 The administration of Khanty-Mansiysk Okrug will become a shareholder of UTair, by contributing 11.5 billion rubles ($ 177,4 million) to the airline’s registered capital, according to the regional government’s official web-site, which refers to Okrug’s budget revision for 2015. By supporting the airline, the administration strives to “preserve air connection in the region, including remote communities”.

The decision to support UTair was carried out following a plea from the carrier, deputies of the regional Duma and the region’s population. For many of those living in the region UTair remains the only affordable means of travel. UTair, which is listed as one of the country’s “strategic enterprises”, conducts over 90% of all flights from and within the region.

By becoming the airline’s stockholder the administration is counting on preserving work places, as well as securing additional tax revenue for the Okrug’s budget. Having a reliable shareholder is a “vital element of the restructuring program aimed at increasing the carrier’s efficiency,” UTair’s general director Andrey Martirosov emphasized. The said program is designed to reengineer the airline’s business model and turn it around until 2022.

UTair has also recently issued additional shares in the form of public offering of 3.125 billion of registered ordinary shares valued at 1 ruble each. It also managed to negotiate restructuring of its debts with the creditors, which helped secure 9.5 billion rubles in state guarantees.

Russia’s fourth carrier’s debt at the end of third quarter stood at 84.5 billion rubles (according to Russian accounting standards). As of the end of September, 62.56% of UTair’s shares were owned by private pension fund Surgutneftegas, further 11.66% belonged to UTair Capital.

Under ongoing restructuring plan the carrier has cut its excessive capacity by half, from 115 to 63 aircraft. It also revised its route network. Its traffic in the first nine months of 2015 decreased 37.8% YOY, to 4.3 million passengers.