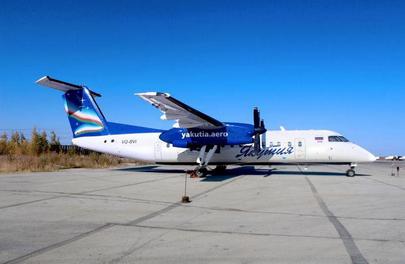 The administration of Yakutia, Russia’s largest federal subject, has appealed to the Federal government for state guarantees in the amount of 5 billion rubles to support the region’s carrier Yakutia Airlines. The administration previously denied the carrier any financial aid.

In a meeting with the Russian prime-minister Dmitriy Medvedev, the head of the Yakutia regional administration Yegor Borisov emphasized that the airline is lacking cash reserves to settle its debt obligations and to cover leasing payments. Along with that, the airline’s expenses for continued airworthiness of its fleet are denominated in foreign currency, which further complicates its financial situation. State guarantees could help the airline to raise loans for a five-year period. Medvedev as a result assigned the issue to be reviewed by the ministers of economy and finance.

This is not the first time that the issue has appeared concerning allocating state guarantees for Yakutia Airlines, which caters to socially important but low-margin inter-regional lines. Earlier, transport minister Maxim Sokolov was approached with the same question by the Council of the Federation Committee on the Federal Structure, Regional Policies, Local Self-Governance and Affairs of the North. The Committee’s deputy head Alexander Akimov expressed concern that without state support Yakutia Airlines might end up bankrupt, resulting in up to 90% of Yakutia’s territory being threatened with complete transport isolation.

Last year, Yakutia Ailrines received 3.67 billion rubles from the local authorities. First deputy minister for economy Maya Danilova said that this year no funds have been reserved for the same purpose. “We are studying support measures that would imply resorting to non-budget reserves,” Danilova said. In 2015, the Yakutia regional administration also offered financial support to another local carrier, Polar Airlines.

Yakutia Airlines received subsidies from local authorities as a secondary offering in 2014. Last year, it announced plans for another issue of shares in the amount of 1.34 billion rubles in the interest of one of its owners, Yakutia’s ministry of property. The funds raised were expected to pay off leasing payment debts and operational loans.

Yakutia Airlines is 20th in Russian airlines’ rating by passenger traffic. In January and February 2016, the airline served 61,220 passengers, down 17.3% from the previous year’s January-February result of 74,020 passengers.