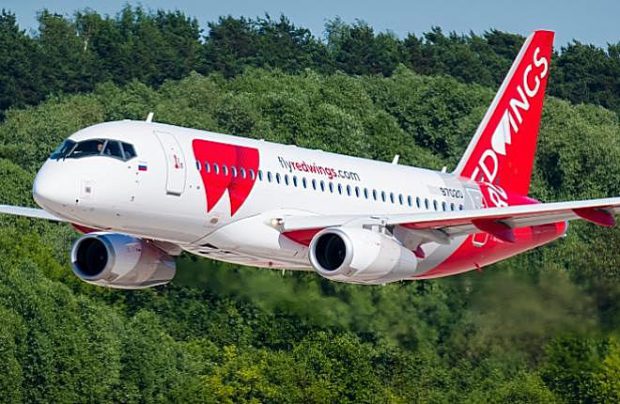 Russia’s Red Wings appears to be on track to becoming state-controlled platform for operating Russian-made aircraft. The initiative that emerged just over a month ago is now becoming reality with two Superjet 100 (SSJ100) aircraft having received their fresh Red Wings livery, whilst the delivery schedule of these aircraft is still being negotiated.

The decision to turn the airline, which is formally controlled by state-owned Rostec Corp. through its subsidiary United Aircraft Corporation (UAC), into a large customer for UAC-produced aircraft was first announced on May 13. Ahead of 2024, Red Wings is required to purchase up to 60 SSJ100 regional jets and 16 the yet-to-be serially-built MC-21 medium-haul aircraft. “This will basically be controlled operation of Russian-made aircraft, which will showcase the efficiency of our new aftersales support system to other airlines,” Denis Manturov, minister for industry and trade explained in June.

The aircraft manufacturer is now rushing in to deliver the first two of the batch, although the details of the deal are still to be finalized. Both SSJ100s (MSN 95187 and 97020) are expected to enter service with Red Wings in the third quarter of this year.

The first of the two aircraft was initially intended for another customer, Yakutiya-based Alrosa. However, due to the ongoing crisis, the airline had to put off its fleet expansion plans.

Red Wings has previously experimented with SSJ100 operations – it had five of the type in its fleet in 2015 and 2016. However, having analyzed the results, then more commercially oriented carrier opted for Airbus A320s, which it has successfully operated since then. The Moscow-based airline says it will continue operating A320s and is still expecting deliveries of several more European-made narrow-bodies this year. It was also considering launching operations of wide-body Boeing 777.